These photos were sent in by a reader. 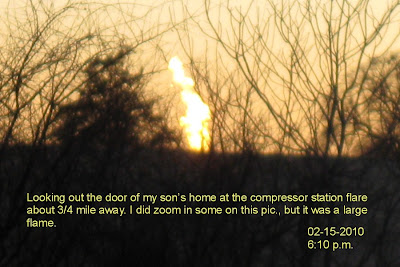 I left their house & drove down past the compressor station, but it was too hot to sit by it (in my car), not to mention the noise. I shot a few pics. & did a little video and got out of there! I don’t get frightened very easily but it scared me. If that monster ever blew up, it would take half that country side with it. It is a troubling thought. 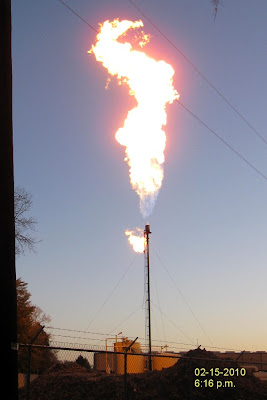 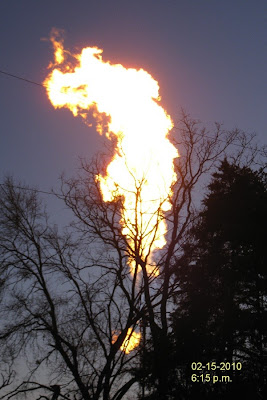 Shell flares gas near Warri, in the Niger delta. Shell’s gas flaring in the country is regarded as the biggest source of carbon emissions in sub-Saharan Africa. Photograph: George Osodi/AP

Tullow Oil, the London-based oil operator, has signed contracts with the Ugandan government allowing it to flare gas with the potential to release huge volumes of greenhouse gases into the atmosphere, according to a report by non-governmental organizations.
…

The flaring of gas in Nigeria is regarded as the biggest source of CO2 emissions in sub-Saharan Africa. Shell has repeatedly failed to follow through on promises to put an end to flaring, despite court orders demanding it stop.