You can read about the Ruggiero’s experience in an account written by Christine on the Texas Oil and Gas Accountability Project website.

September 16, 2009, Christine Ruggiero received a call from her neighbor informing her that her fence had been cut, her horses were loose and there were bulldozers on her property. That’s how she learned that Aruba Petroleum was taking almost half of their 10 acres.

An Aruba Petroleum employee, Kasey Denman, aka Pinocchio, told the Ruggiero family earlier that Aruba probably wouldn’t use their property for drilling. Understandably, the Ruggieros were upset. When Tim started photographing the destruction of his property, Pinocchio threatened him with a restraining order that would prevent him from coming home during the 4 months they were drilling.

Currently, the emissions from Aruba‘s wells are constantly pumping horrible smelling gas into the air. Christine suffers from headaches and blurry vision. Nine year-old Reilly sometimes feels as if she can’t inhale fully. Tim has headaches, numbness in his extremities and sometimes looses his balance.

They call the TCEQ hotline and true to their word, a TCEQ inspector comes out right away but nothing changes.

The following map shows the placement of Aruba‘s well on the Ruggiero property which is outlined in red. This well has rendered about half of their original 10 acres useless. 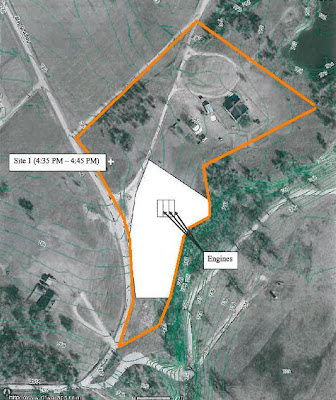 Recently, Tim went up in a small plane and took the following aerial photos. Click to view full screen. 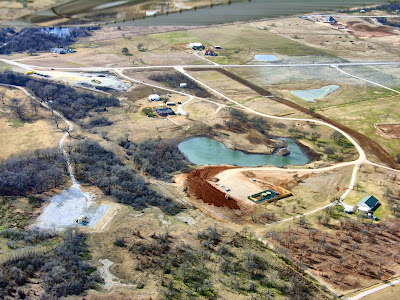 The Ruggiero place is right in the middle of this next picture. Find the yellow, rectangular tank at the end of the well then look right above that to see the runoff from the 2nd spill. That long straight trench was dug by Aruba. Further up you see a tree line. That’s Denton Creek which feeds into Lake Grapevine. 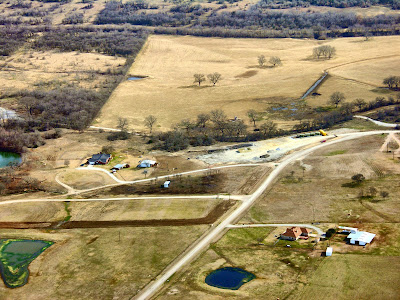 A little closer view of the spill area. There is a pipeline that runs from the well across their driveway making them completely surrounded by drilling activity. 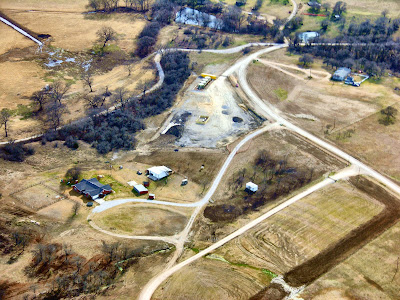 The spill from another angle. 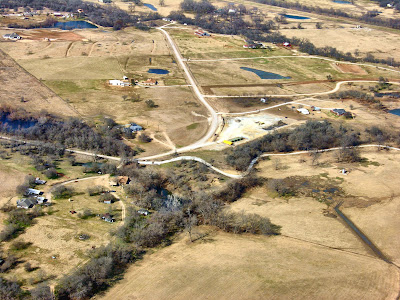 Look at this next picture carefully. Click for a full screen view. Find the dark area on the well site. That’s the drilling waste pit. (HERE’s a picture of the pit.) Look to the right of the pit on the other side of the trees and you will see, right at the edge of the trees, a shiny oblong area. That’s where the drilling mud shot out (VIDEO) and spilled out of the waste pit. It ran down through the trees so Aruba dug another pit down there. 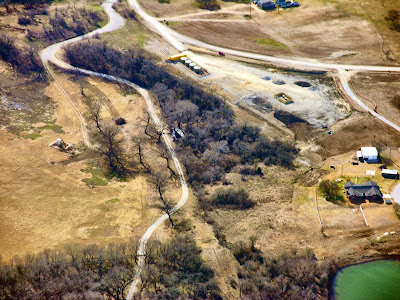 You can see the “pit annex” a little closer in this next picture. 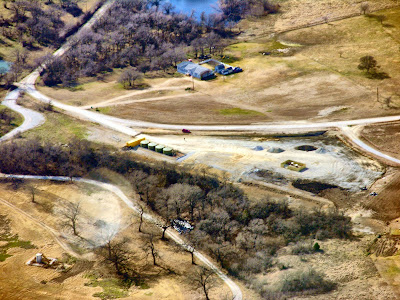 The next photo shows another Aruba well site where they are landfarming in a flood plain area. 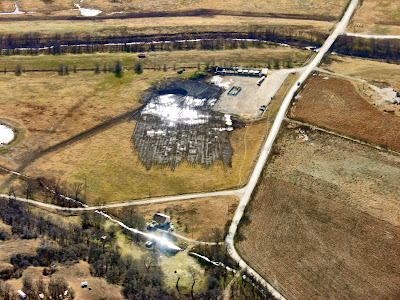 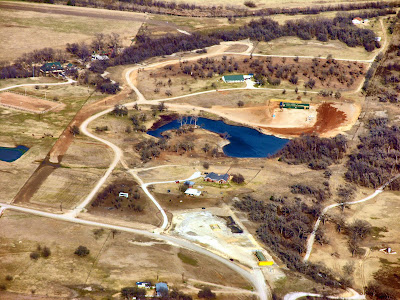 I saved the best for last. Aruba told the Ruggiero’s that there was no place else they could put the well other than on nearly 5 of their 10 acres. Aruba has leased 950 acres of Herb Wright’s minerals. Wright sectioned off about 50 acres around his house as a no drill zone. As you can see, there was just no where else out in that area where Aruba could have drilled. 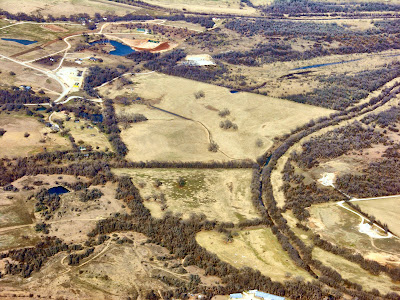 Also see: Tales from the Barnett Shale on EARTHblog.