The Barnett Shale Town Hall meeting last Thursday evening was advertised as an opportunity for representatives from state agencies to “educate” residents of Denton on permitting processes, various planned drilling projects and facilities.

I regret that I didn’t take notes but working purely from my feeble, worn-out memory I’m going to address some of the misstatements and unanswered questions from that meeting.

In a previous blog post, I helped Tony Walker, TCEQ Regional Administrator understand the monitoring benchmark set by TCEQ that is so shocking even he couldn’t believe it.

Since not one member of the panel of experts knew anything about the FRAC Act, I explained that HERE. But you also should know that Texas has no regulation specific to hydraulic fracturing. Texas relies on cementing the well bore to protect our water. An industry study reveals some interesting things about how hydraulic fracturing, corrosion and other problems make the well bore unreliable. Life Cycle Modeling of Wellbore Cement Systems Used for Enhanced Geothermal System Development

The questions about inspecting wells is answered, with graphs, in By the numbers: Texas Oil and Gas Wells and Enforcement Staff

And that brings me to the wrong answer I received from the Texas Railroad Commission representative, Gil (last name to be supplied later) Brujano, P.E., Assistant Director Technical Permitting, Oil and Gas Division, Texas Railroad Commission (thanks to reader for supplying the correct name and title). The question I asked related to the recent air study where they discovered a Devon Energy valve left open resulting in benzene at 15,000 ppb. According to TCEQ, the valve is now closed so everything is okey-dokey. My question:

How is the Devon Energy well with the open valve spewing high levels of benzene into the air any different than the routine venting that occurs throughout the Barnett Shale.

His answer: Operators do not vent. It’s not allowed.

But I see it happening often and sometimes I even snap a picture, or someone sends me a picture or a video. 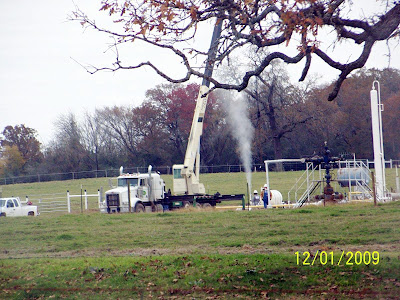 another video from a different facility

Venting happens. And I knew Gil (last name to be supplied later) Brujano’s answer was wrong. However, since I didn’t have a copy of the rule in front of me, there was no use in arguing, After all, he is the expert.

The truth is: Venting is allowed per Texas Railroad Commission State Wide Rule 32 and like nearly everything else, industry has control over when they vent and when they don’t. Upon first reading, it appears there are some regulations. A closer look reveals many exemptions and ultimately industry is the decider.

As I mentioned previously, people are angry with and distrustful of state regulators. I truly believe that Tony Walker might not have understood the TCEQ monitoring benchmark but I’m not allowing Gil (last name to be supplied later) Brujano that same consideration. I believe he intentionally misled me because the reality of allowing all that methane to vent directly into our air is not only dangerous to human health, I believe it is the HUGE elephant in the room that Big Gas doesn’t want us to see. 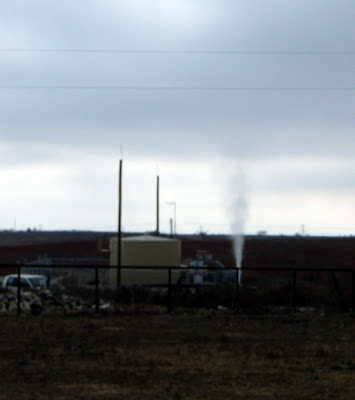