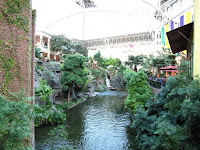 Fort Worth is an Eden, kept pristine and untouched by a magical bubble. The toxic Barnett Shale air in surrounding areas cannot penetrate the protective bubble and spoil Fort Worth air.

Unlike all the other gas wells in the Barnett Shale area, Fort Worth gas wells are special. They don’t have any of those nasty fugitive emissions. Previous air studies were wrong and emission videos were faked.

Rest assured, good citizens of Fort Worth that TCEQ cherry-picked 8 whole percent of the 1600 beautiful wells in your perfect city and none of that nasty old benzene or those sulfides that trouble the rest of the Barnett Shale was any where near those cherry-picked 8%. 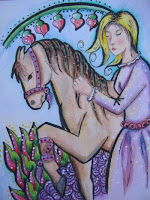 If you live in Fort Worth, you can stop reading now, no need to watch the video about the certain kind of leukemia that is caused from benzene exposure.

The TCEQ’s Pretty Pretty Pony show can be seen

Decatur is the winner in the “Who has the most benzene?” contest. WFAA

Oh look! Here’s some poo from Fort Worth!

UPDATE: From someone who attended both the pre-council and the council meetings:

The TCEQ presentation sounded rather good to the attendees in the afternoon, but was technically flawed and clearly designed to produce the results Moncrief wanted to hear. When the video becomes available on the city web site don’t miss Moncrief’s questions to TCEQ and the condescending lecture he delivered to the gallery in the evening.

One IR video showed copious amounts of emissions that were doing straight up and “hanging” up in the air in a cloud. Yet, the canister placed at that facility detected no hydrocarbons. Eventually, the toxins in those emissions will settle.

High level XTO people were in attendance at both meetings and were seen cozying up to some council members. Walter Duuease of XTO had a worried look on his face.

One question remains unasked and unanswered. Where did the money come from to fund the TCEQ tests? In October and again in December, TCEQ officials at DISH said they could not test for some pollutants that Wolf Eagle Environmental had tested for–such as benzene and carbon disulfide– because theses tests were too expensive. In October the TCEQ rep said he didn’t even know how to do these tests since they had no money to do them. At DISH in December TCEQ apparently said their plan was to ask industry to do these tests. So…where did the money come from to do the Fort Worth tests on Dec. 15-17? No one asked and no one told.

A “snapshot” of the Star-Telegram article:

Sadlier cautioned, though, that the tests were a one-day snapshot. And the commission’s own tests have shown high levels of hazardous chemicals being released at rural sites.
…
Anti-drilling activists said the tests were flawed because they were conducted during cold weather, when hazardous chemicals are less likely to evaporate.
…
“I think we need to do a much more comprehensive study than doing a snapshot at the fence line,” said Gary Hogan, who served on the task forces that wrote Fort Worth’s drilling ordinance in 2006 and 2008. “TCEQ, frankly, I don’t have a lot of faith in them.”

What do you think? Where the air study and the resulting council meetings designed to produce the results Moncrief needed to squelch calls for a moratorium?