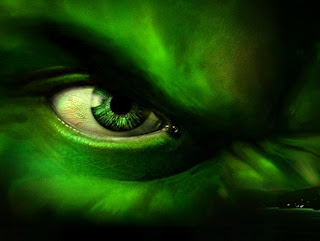 It’s here in the Barnett Shale too, of course.

From the PARCHED Newsletter:

The presence of radiunuclides in the shallow Upper Trinity Aquifer is highly unusual. Aledo did NOT have radionuclides in the 2007 water quality report. 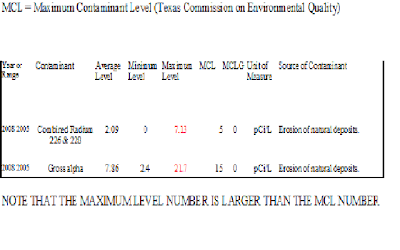 As reported earlier, Diamond Oaks municipal water well in Hudson Oaks (Parker County) was taken out of service after tests indicated the presence of radionuclides. Radium 226, radium 228 and Alpha radiation at entry point 007 tested in excess of the Maximum Contaminant Levels. According to Kristi Krieg, Drinking Water Specialist at the TCEQ, the well was closed after an enforcement letter was sent to the city on May 22, 2009. Krieg said that the affected Hudson Oaks water well is 230 feet deep in the Paluxy formation. Hudson Oaks Director of Operations Patrick Lawler estimated that the well, located near the New River Fellowship Church off Interstate 20, had been in service since the 1980s. The source of the contamination is unknown.

CITY OF ALEDO WELLS HAVE NOW BEEN IDENTIFIED after tests indicated the presence of radionuclides. Radium 226, radium 228.