After leaving a big mess on the neighbor’s property and dumping drilling waste water in the pond where the neighbor’s son used to swim and fish (Aruba Dude called it “gray water” and said he would drink it), Aruba Petroleum put a drilling rig right outside Tim’s and Christine’s kitchen window. Aruba lied to them, took between 4 and 5 acres of their 10 acres without giving them any notice, dozed down their $15,000 pipe fence, threatened and intimidated them, spilled toxic waste from a suspected well blow out and then tried to hide it, and now they are spewing massive diesel fumes that cover the area for miles.

But first, an update on the toxic spill: 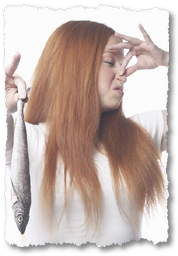 Here’s today’s update on the spill:

My neighbor (the one whose property the blowout spilled mostly on) called to tell me that the “test” either the TRC or Aruba did showed that the area needed to be cleaned again.

Man! That harmless drilling mud is pretty tough to clean up.

Starting about 10 last night and still happening now, about every minute the rig let’s out a plume of diesel exhaust and then it sounds like they are dropping a large piece of metal onto the metal platform. A clang that shakes the house. Very methodical.

The next message I received was an urgent request to call Christine. She said her home was covered in a thick cloud of diesel emissions that were constantly boiling out of the rig. When she drove to work, she could see the black cloud extended across Wise County for “miles and miles.” (pictures and video coming) Aruba Petroleum trucks passed her on the road speeding to the scene of the crime.

What has happened to us? Is there anyone out there who thinks it’s okay to terrorize law-abiding citizens, completely destroy their property and the lives they worked hard to build and endanger their health and safety? What are we doing?

UPDATE: Aruba sure is worried about that harmless drilling mud. They were on the neighbor’s land digging trenches. And, the neighbor called to report that all the grass has died.

UPDATE #2: Now the neighbor says Aruba has locked her gate and put red flags on it.

Follow the chain of sorry events leading up to this…

Barnett Shale: In Your Backyard

Aruba Petroleum, Operations in the Barnett Shale – In your backyard