Before anyone thinks that drilling pollution is unique to DISH, Texas and before industry finished crafting their spin, please be clear: Texas is one big deepDISH!

From the hexavalent chromium in Midland, to the South Texas leaks, to the Barnett Shale, Texas is one big drilling waste dump.

To illustrate that fact, here is a map of a huge compressor station–bigger than the one in DISH–right next to a school in Springtown, TX. The operator is Enbridge 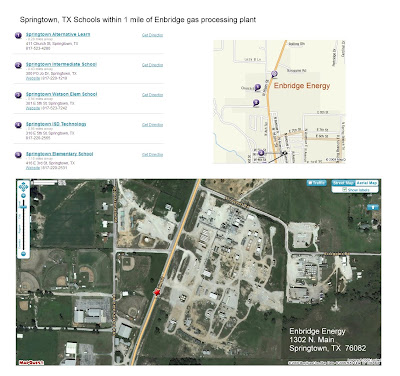 And here is a map of compressor stations in Fort Worth 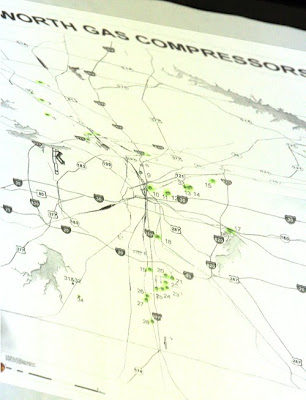 And here are a few of the compressor stations around the shale
It’s DISH all over the place!