I might have mentioned this once or maybe even twice before, but Big Gas is trying to turn hydraulic fracturing regulation into a states’ rights issue. I’m not the only one calling them on their Barnett Shale.

Victor Carrillo has been quoted repeatedly saying “The feds are intruding on areas of traditional state sovereignty,” in regards to the FRAC Act.

“The feds are intruding on areas of traditional state sovereignty,” Carrillo said.

Here is the truth:

TEXAS DOES NOT REGULATE HYDRAULIC FRACTURING!

Some people have generously referred to Carrillo’s statement as “intellectually dishonest.” I’m not so generous with an elected official who is paid with my hard-earned tax dollars. This statement by Carrillo is an outright, intentional lie intended as a dog whistle to the rabid right. If my son had told me such a lie, he would learn that there are consequences for lying.

If you read the opinion piece, Drillers gassing on about support for state regulations, you will see that Texas is not alone.

Yes, Susan Greene, the hypocrisy is stunning and the lying is criminal. 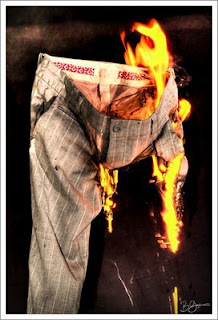