Apparently we weren’t keeping count very well because we’ve had 21 earthquakes since October according to this Texas Observer article about the drilling induced earthquakes in Texas.

When asked if he was familiar with the New York Times article about the earthquakes in Basel Switzerland caused by hydraulic fracturing, Charlie Hodges who is the spokesman for Cleburne said, “No, because it has nothing to do with Cleburne, Texas.”

Doesn’t it make you feel all warm and fuzzy that we have such highly intelligent folks speaking for the rest of us dumb yokels? Or maybe it’s the other way around. Maybe mailbox money makes you stupid.

Local concern over the possibility that fracturing might be causing the earthquakes “is directly related to the amount of mailbox money they receive,” says Chester Nolen, Cleburne’s city manager.

Wonder if Hodges is getting any of that mailbox money.

This article makes some great points, has some great quotes and even eludes to a possible conflict of interest the Deciders might have.

After multiple earthquakes hit Cleburne, city leaders hired a geologist to find out why. Then they learned that Southern Methodist University geologists were conducting their own six-month study with 10 loaned seismic monitoring stations, funded mainly by the National Science Foundation. So Cleburne’s council decided to save the expense and piggyback on SMU’s study. Most of Cleburne’s earthquakes had already occurred when the 10 stations were put in place this summer.

Cleburne’s deference means that SMU—which has agreed to house the George W. Bush Presidential Library and think tank, and where Laura Bush is a trustee—will be the prime arbiter of whether the natural gas industry is the root of the earthquake problem.

Though there probably isn’t a major university in Texas that hasn’t benefited from oil and gas money, SMU’s ties to the ­energy industry are especially noteworthy.

There’s quite a bit more to the possible conflict of interest. This article is absolutely worth the read if you have any interest at all in induced seismicity. I feel less alone after reading it because I see that I’m not the only one…

Not Everyone Buys the Texas Earthquake “Official” Story

Please note that I fixed the earthquake diagrams so now there is diagram #1 and diagram #2 instead of two #1s. Sheesh, so sorry.

Along with most of the other media coverage, the Observer failed to mention the $100,000.00 damage to the Boy Scout building. 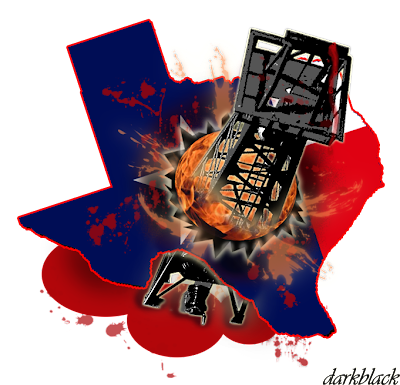