According to this article, it’s too risky to drill under the Cowboy’s Stadium because it’s such an expensive and huge structure.

Lord knows we wouldn’t want to risk Monday night football, but the kids in the picture, aw well… 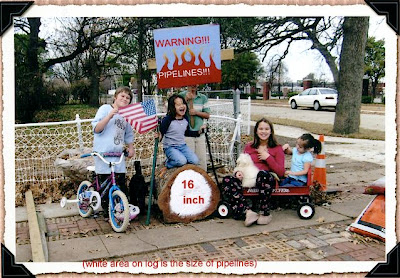 “We don’t want the ground to give and cause it to crack or sink,” Doegey said about the rock beneath the stadium.
…
Doegey said that when he lived in Southern California, oil extraction had caused some surface collapses and seawater had to be injected into the rock to mitigate that.