Ut oh! Do they mismanage all their assets this way? If you’re near a pipeline or compressor facility, duck and cover! 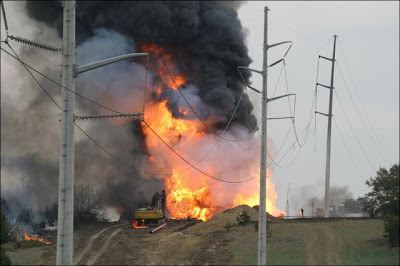 A natural gas compressor station exploded near Godley about midnight Saturday resulting in a fire that could be seen from Cleburne, Cleburne Assistant Fire Chief Keith Scarbrough said. People also reported hearing the explosion from miles away, Scarbrough said.

The facility is owned by Crosstex Pipeline and serves as an entry point for an EOG Resources site. The incident occurred near Farm-to-Market Road 4 and County Road 1228. The cause of the explosion remains under investigation, Scarbrough said. 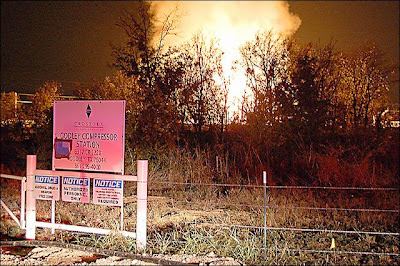