Industry is spending millions in propaganda to combat the FRAC Act that will allow citizens to know what chemicals are used near their drinking water and allow hydraulic fracturing to be regulated under the Safe Drinking Water Act.

They are inciting the public by using a power grabbing Federal Government versus states’ rights spin. This is completely false!

Here is the truth to counter the spin:

Colorado has a disclosure rule that is not specific to fracturing – it covers all chemicals used down hole – drilling, fracturing, completion, etc. New York and Pennsylvania also require disclosure of fracking chemicals, but no actual regulation.

Legislation being considered by Congress would allow most states to remain the primary regulators of hydraulic fracturing, with flexibility as to their programs, but the legislation provides critical federal oversight – something that was lost when Congress passed the “Halliburton loophole” in 2005.

A study by Ground Water Protection Council concluded that for “Well Treatment, Stimulation and Fracturing,” Texas has “No specific regulation located.”

The claim that regulation will kill the industry has no basis in fact. From the following slide, you can see that drilling in Alabama had no slowdown after 1997 when they started regulating hydraulic fracturing in response to a court case. 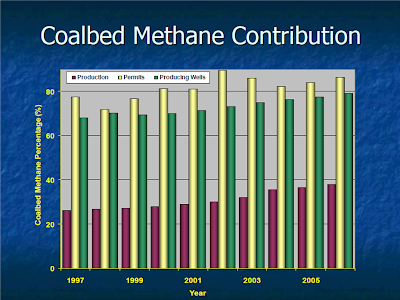