Dozens of homes in Midland have water contaminated with chromium-6 the same substance found in Hinkley, California by Erin Brockovich. Schlumberger an oil and gas industry giant that specializes in hydraulic fracturing has a plant next to the affected Midland neighborhood.

This was reported on CBS on the Early Show. More information coming…

The Early Show asked Schlumberger for comment, and the company said in a statement: “Chromium has not been used in any of the processes performed at the Schlumberger facilities in Midland, Texas, and independent water samplings indicate that the source is likely an adjacent site unrelated or our facilities.”

The Brockovich team believes they have evidence to back up the claim that Schlumberger is to blame. LINK

Additional video HERE. Apparently the homes affected were built near an area where oil field waste was dumped.

Not long ago, I posted about cancer clusters in McAllen from Exxon waste pits: Wise County be warned! Leukemia clusters around oil and gas pits. Why am I warning Wise County? Because we have hundreds of abandoned sludge pits. Several can be seen in this video:

And don’t forget about the Landfarms where operators are on their honor when it comes to testing for contaminants.

Not to mention that our beef could be laced with these chemicals!

And they are injecting these chemicals into the ground where it can and does end up in our drinking water. 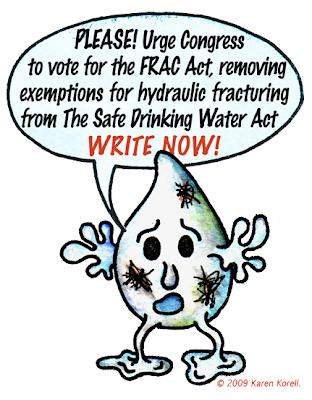