YouTube stripped the sound track, Cheeseburger in Paradise out of this video so I guess you’ll just have to hum.

View a report on substances found in pits.

Between the mid-1980s and 2003, the New Mexico Environmental Bureau recorded nearly 7,000 cases of pits causing soil and water contamination. The New Mexico Oil Conservation Division released data in 2005 showing that close to 400 incidents of groundwater contamination had been documented from oil and gas pits. 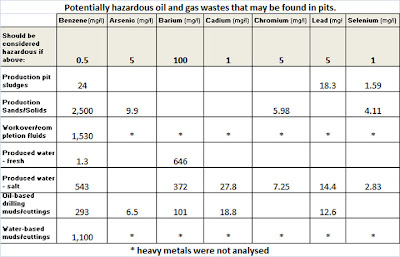 A more extensive list of chemicals detected in sludge pits can be found HERE along with possible health effects from exposure to those chemicals.

Sludge pits are a threat to our wildlife, livestock, soil and our drinking water.

The Oil & Gas Accountability Project has a Do it Right plan for best practice in drilling.

Do it Right in Texas too!

Here, drilling waste is sprayed on a field in Booger County where cattle are grazing. This cavalier attitude toward toxic waste must stop! 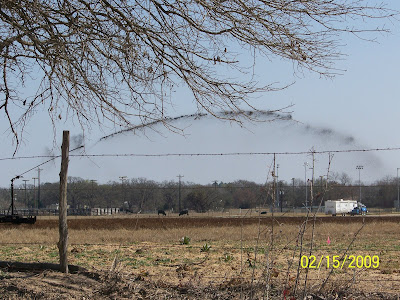 I sent this post to the following:
House Committee on Agriculture & Livestock: