North Texas has some of the worst air in the nation.

Drilling the Barnet Shale for natural gas is responsible for most of the smog in North Central Texas, according to a new peer-reviewed study. Currently, there are nearly 10,000 functioning gas wells in the Barnett Shale, with thousands more holding permits from the Texas Railroad Commission.

The following video was taken on February 4, 2009. I have more video from this same site so this is not a one time occurrence. I’ve been watching this rig for several weeks now. There are tens of thousands of gas wells in North Texas.

Environmental groups in other parts of the country are suing EPA for failing to write emission rules for the oil and gas industry.

Texas has the weakest drilling regulations of any state, but now we have a way to fight back. 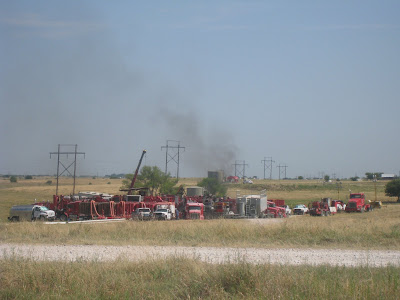