NOTE: In 2005, at the urging of Dick Cheney, former Halliburton CEO, Congress exempt fracing from the Safe Drinking Water Act (SDWA) as part of the Energy Policy Act of 2005. In 2001, Cheney’s energy task force report “touted” benefits and ignored consequences. His office was “involved in discussions about how fracturing should be portrayed in the [EPA] report.” Halliburton earns about $1.5 BILLION annually from hydraulic fracturing.

The wells are ”regulated” , poorly, by the Texas Railroad Commission with some regulation falling under the Texas Commission on Environmental Quality.

Heinkel-Wolfe explains the bills in her article:

HB 177 and SB 273
requires certain injection well operators to regularly test the soil and water and report the results to the TCEQ so that failures can be addressed more quickly.

When the 81st session starts on 1/13/09, we need to get busy with letters and phone calls of support.

Last year I took the following photos (click to enlarge) 8 days after the injection/disposal well was “inspected” and found safe and clean by the Texas Railroad Commission. 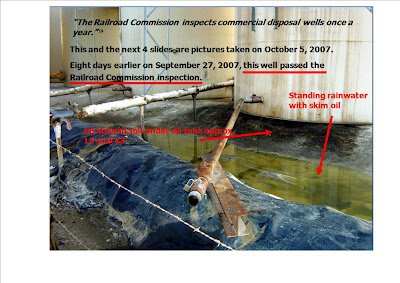 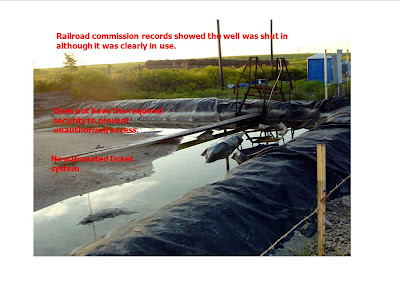 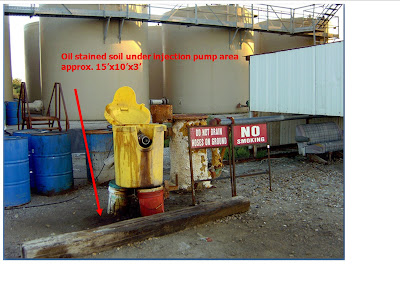 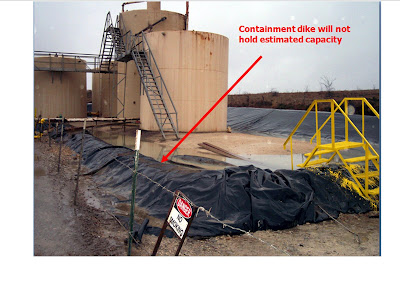 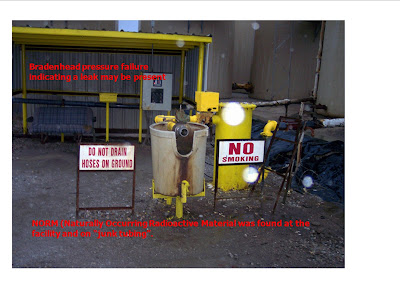