”See, in my line of work you got to keep repeating things over and over and over again for the truth to sink in, to kind of catapult the propaganda.”

Chesapeake Energy pays their public relations firm, Ackerman McQueen, millions to craft messaging with just the right amount of manipulation and truthiness. It was recently revealed that Chesapeake considers the media an extension of their paid public relations firm. They repeat a carefully crafted message over and over and over until the public accepts the truthiness as common knowledge. We should not help them out by repeating their lies for free!

I enjoyed the clever opinion piece, “Marketing of Texas’ Barnett Shale fouling the airwaves”, in Saturday’s Star-Telegram, but Steve Stockdale repeated the clean energy myth about natural gas. He did qualify it by stating statistics that show natural gas is only a slightly cleaner burning fuel, but those statistics do not consider the HIGH IMPACT drilling methods that include hydraulic fracture, flaring and venting, used to produce the natural gas.

FACT: Measuring pollution from the beginning of exploration and production to consumption—Cradle to Grave—natural gas causes devastation to our environment.

This is a lie perpetuated by fear.

FACT: We do not import any natural gas from any of the so-called “axis of evil” countries.

Canada is the largest importer of natural gas to the United States.

This is an emotional appeal based on fear not fact. Only 11 percent of our oil in 2005 came from the Persian Gulf and NONE of our natural gas came from there.

FACT: There is almost no chance that we will ever be energy independent as long as we use hydrocarbons.

“The voices that espouse ‘energy independence’ are doing the nation a disservice by focusing on a goal that is unachievable over the foreseeable future and that encourages the adoption of inefficient and counterproductive policies.”

“The Task Force goes on to argue that U.S. energy policy has been plagued by myths, such as the feasibility of achieving “energy independence” through increased drilling or anything else. For the next few decades, the challenge facing the United States is to become better equipped to manage its dependencies rather than pursue the chimera of independence.”

We import 60% of our oil, but the following are other essential commodities we import:

Domestic Drilling cannot produce enough hydrocarbons to keep up with American consumption. As soon as the gas price dropped just a little bit, sales on hybrid cars dropped too. 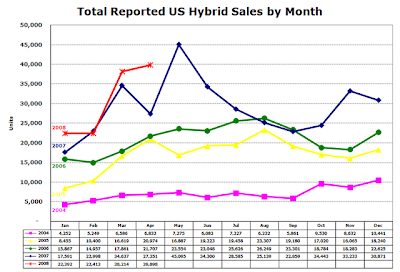 MYTH: I’m not against drilling.

This is the worst kind of NIMBY (Not in my backyard), a passive aggressive NIMBY who thinks they’re not a NIMBY.

FACT: Unless you are willing to have a drilling rig, gas well, compressor station and high pressure pipeline in your yard, you are against drilling.

CORRECT RESPONSE: I am against drilling until new technology and better regulation allows drilling without devastating pollution or public endangerment.