Somebody call Beijing, quick! Chesapeake Energy reported on a $1.6 billion loss for the second quarter.

Jerry Horton, sweet little lady in turquoise dress, was served condemnation papers yesterday by Texas Midstream [Chesapeake Energy’s pipeline company]. The home she has lived in since she was 19 years old is being taken for a pipeline–exercising eminent domain against citizens for corporate profit. The court date is August 21 at 9:30 a.m. Evidently, she can’t afford a lawyer. 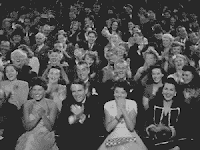 Chesapeake CEO offers up his Global Warming LIE: The MYTH of natural gas as a clean fuel