Are the Texas Railroad Commissioners protecting XTO at the expense of citizens? 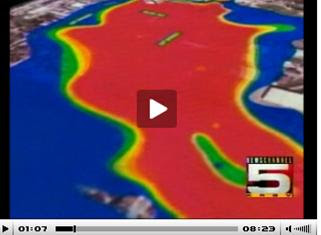 Hundreds of McAllen families are sitting on top of a highly toxic, highly explosive substance. The toxic substance is floating on top of groundwater under 23rd Street. NEWSCHANNEL 5 took a sample from the ground. With one spark, it went up in flames.

For at least 16 years state agencies have known about the toxic, highly explosive, underground lake called a plume but they have done nothing to protect citizens. 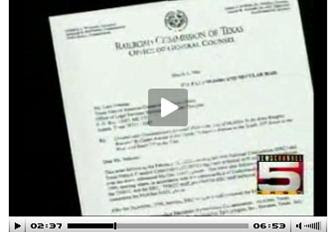 The 33 acre area of contamination in McAllen, Texas is one of the largest environmental disaster areas in the United States. 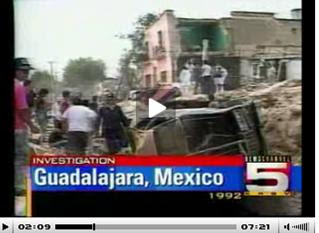 In 1992, the same toxic, highly explosive substance triggered a series of explosions in Guadalajara, Mexico resulting in: 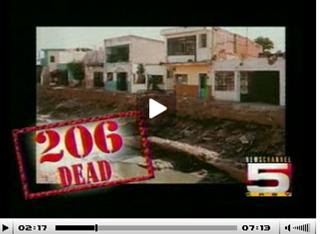 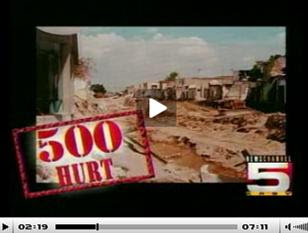 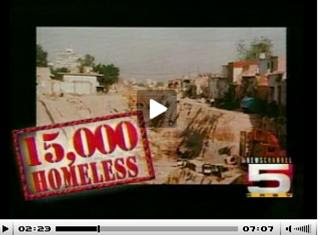 Benzene, the highly toxic, cancer causing chemical is also in the soil and groundwater. According to Scott McClain, a lawyer who is representing McAllen residents, Benzene fumes can migrate from the soil into people’s homes and cause leukemia.

Nuvia Garcia was diagnosed with leukemia when she was two and she died when she was six. Another girl in the area also got leukemia and survived.

No one knows for sure where the pollution came from but there are three possible sources:

One is spilled fuel. For decades, diesel and gasoline spilled from the trains on tracks owned by Union Pacific. According to the state, the company admits they’re partially at fault.

Leaking pipelines is another possible source. 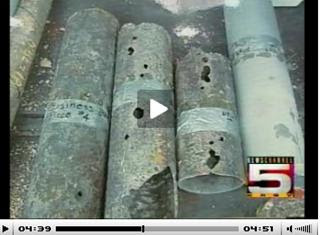 Videos from 2004 show green testing liquid “just squirts out” [of the pipeline]. One part of the pipeline was patched with wrapping tape. The gas company’s own documents from 1989 show “leaks” in the “McAllen area” and “contaminated soil,” potentially causing “real problems.”

The Railroad Commission turned down our request for an interview. They did give us this report from pipeline owner, XTO Energy. The company says none of the pollution comes from their pipelines.

Well of course not! Isn’t it interesting how, when oil and gas pollution turns up, the oil and gas companies are never responsible.

Are you catching on yet?

Are you paying attention Fort Worth?

Those were the same pipelines shown leaking in a 2004 video. XTO’s explanation seems to be good enough for the state. An e-mail to NEWSCHANNEL 5 states the Texas Railroad Commission doesn’t plan to pursue further investigation. The case is closed.

TECQ was slightly more responsive and Union Pacific has already agreed to help with the clean up.