SUBJECT: Adopt Ordinance Extending the Moratorium on the Acceptance of Applications for Salt Water Disposal Wells as Regulated by Article II, Chapter 15, of the City Code Regarding Gas Drilling and Production. 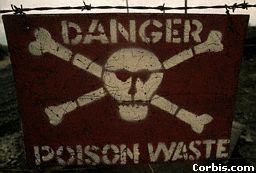 Remember that the cement casing melts on contact with many of the highly poisonous chemicals that drilling companies inject through the casing and what doesn’t melt could easily get cracked and broken in unstable formations. This has been the case with other injection wells in Wise County.