It’s not likely. But, that was the request made of him by Tracy at the Town Hall Meeting tonight.

Here’s the text of the request:

My name is Tracy XXXXX and I live in Greenwood between Decatur and Gainesville. It is my understanding that the Railroad Commission of the State of Texas was designed according to their website “… to work efficiently with energy industries to provide a streamlined permitting process while at the same time ensuring public safety and environmental protection.”

And a mission statement that says,” We serve Texas by:

First of all, this mission statement has changed dramatically from the more citizen friendly version from a year ago to a swing towards an Industry Feeding Trough equaling itself to the citizens of the State that elected the Commissioners. I find this offensive especially after personal dealings with Examiners and Inspectors who wear Industry Ball Caps and Memorabilia from the very people they are set to regulate.

It would seem a bit one-sided at a glance for sure, but not as one sided as when a citizen calls the Examiners of the RRC or the Inspectors and have to beg them to come to a potential hazardous site of great citizen concerns only to find that they are making false reports back to the commission. Such was the case recently in Breckenridge where evidence of the known cancer causing chemical, Benzene, was found after a pipeline failure and report from a citizen. The inspectors from the supposed unbiased test determined it was below legal limits and the investigation was closed. This average citizen with above layman knowledge and being an analytical chemist had his own test run on samples gathered at the same time that showed 4000-5000x’s the legal limits allowed according to RRC Regulations.

Most recently there was a failure of a Commercial Injection Well that exploded just this past Monday in Near Keene Texas. According to the RRC Officials O&G sediment is non hazardous and contain no chemicals, only Bentonite and Salt water.

Or on very personal note an injection well 4/10ths of a mile from my home was permitted after the operator was fined for filing a incomplete application and lying under oath to the examiners during a protestors hearing. This company was fined a mere $500 and issued the permit based on the fact it was in the greater public interest to have Wise Counties 27th Commercial Injection Well.

Another example was when In Denton County a sediment pond failure occurred and contaminated a nearby Farmers field and an adjacent Playground belonging to the Plainview Baptist Church. When I reported the failure after at least a week of watching a growing circular gray pattern in the plowed field I was later told by the inspector that it was not a failure, but the producer was permitted for “Land farming”. When a copy of the permit was produced it showed a permit had been issued on the same day as the reported failure.

Another example of balance lost would be when an industry hauler was transporting Class I hazardous waste without a waste haulers permit into a Private Class II Injection well in Panola County. This was only discovered because the tanker had an accident and spilled the contamination all over the surface. After testing, it was found to be Class I Material waste. In this case, the RRC didn’t fine the operator or the hauler, but rather issued a permit to the hauler for transport and in conjunction with the TCEQ, who is the over site commission for Class I Sediment, determined that it was safe for that material to be disposed of in class II Type wells and no fines or citations were ever issued.

It is painfully obvious to me that some measure of integrity has been lost when you allow a For Profit Industry to have a louder voice and more influence over elected officials and give them the power of eminent domain over privately owned land by Texas Citizens.

Would it be unfair of me to ask for a Senate Investigation Committee to conduct a formal inquest and investigation into these and several of the other malpractice’s associated with this commission and are you sir willing to help champion the cause?

And what, you might ask, was Senator Estes’ response. He said that if he found any “egregious” malpractice he might consider investigating. However, he would rather handle it privately, in a meeting with Tracy. 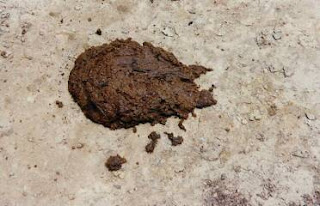 It’s painfully obvious that I don’t know egregious from cow chips! And just how, exactly, is meeting privately with Tracy going to fix the broken RRC?

I guess I’ll chalk that one up to a Senatorial blow off from Senator Craig Estes.