Despite all today’s news about the dangers of gas wells, pipelines and injections wells, Fort Worth residents found breasts more dangerous than any of the above.

FORT WORTH — Homeowners are upset about a proposed strip club at Trinity Boulevard and East Loop 820, one of five sexually oriented businesses planned for Fort Worth.

Residents in the nearby River Trails and Lakes of River Trails developments plan to attend Tuesday’s City Council meeting and are signing petitions against the club, which they say could increase crime and drunken driving on Trinity Boulevard.

Maybe breasts should make a donation to one of the local parks.

Breasts are so highly dangerous that they must be kept 1,000 feet from residential areas. Since gas wells are now allowed at 600 feet or less from homes, schools, parks, churches, that proves that breasts are more dangerous than gas wells.

I know gas wells can do this: 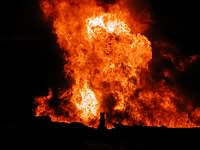 And here’s one where a 14-year-old died 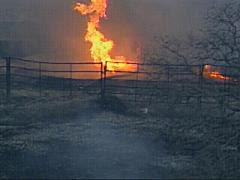 I know Gas wells cause a lot of pollution and drilling them permanently removes billions of gallons of water out of our water cycle but I never knew they were more dangerous than breasts.

I thought I knew what breasts could do but I guess I don’t!

Hat tip to FWCanDo for letting me know I’m in danger from my own breasts.