More than half of Texas waterways called unsafe

More than half of the state’s waterways are not fishable or swimmable 35 years after the original version of the Clean Water Act was enacted in the U.S., according to an environmental advocacy group’s report released today.

Austin-based Environment Texas said the state was the fourth worst violator of Clean Water Act pollution permit limits in 2005. The group said 318 “facilities” in Texas — such as sewage and water treatment plants and oil refineries — exceeded pollution discharge limits at least once for a total of 1,348 violations. Texas was behind Ohio, Pennsylvania and New York, according to the group’s “Troubled Waters” analysis.

More than 53 percent of industrial and municipal facilities across Texas discharged more pollution into our waterways than their Clean Water Act permits allow in 2005, according to Troubled Waters: An analysis of Clean Water Act compliance, a new report released today by Environment Texas.

“As the Clean Water Act turns 35, polluters continue to foul our rivers, lakes and streams,” said Environment Texas Citizen Outreach Director Brad Hicks. “With so many facilities dumping so much pollution, no one should be surprised that more than half of Texas waterways are unsafe for swimming and fishing. But we should be outraged.”

Well alrighty then. See there. It says we should be outraged and if I’m anything, outraged would be it. So, I have a license now.

Only we did get first place on something!

We suck! And, you’ll never guess who is partially to blame (well, actually you might guess):

Oh and, they (Dick Cheney and George) also exempted the oil and gas industry.

But lookie what else! It’s the TCEQ! Remember them? They’re the ones who yawned when the tanker truck was caught dumping class I waste into a class II injection well in Panola County.

Environment Texas also called on the Texas Commission on Environmental Quality (TCEQ) to finally strengthen its penalty policy to better deter polluters from violating their permits. According to a Dec 2003 report by the State Auditor, the enforcement program at TCEQ “does not consistently ensure violators are held accountable” and that polluters “often have economic benefits that exceed their penalties, which could reduce their incentive to comply.” At a meeting on Sep. 7, 2007, the Commissioners of the TCEQ instructed staff to develop a new rule to address this “economic benefit of non-compliance.” Unfortunately, as proposed the new rule would still allow polluters to keep the vast majority of illegally obtained profits. 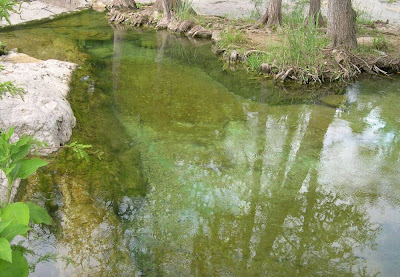 Oh well, no big deal. Not nearly as big a life and death deal as making billions of dollars from the Barnett Shale. Water? Hell, you would think we have to drink that shit to live or something. Oh wait…