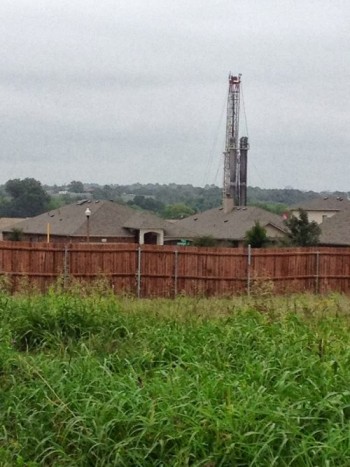 Texas legislature: put your money where your mouth is

Tell Phil King that if he tries to overturn the Denton fracking ban,
he IS big government

“We should always trust people over big government. Local control and limited government must be the first resort, not the last.” — philking.com/about

He is well on his way to breaking his promise, and becoming the biggest hypocrite in Texas in the process.

Because, now that Denton’s voters have banned fracking by ballot initiative, Rep. King wants to prevent other cities from doing the same, and maybe overturn Denton’s ban in the process.

Denton’s ban vote was a landslide. The people who know fracking best – there are over 270 fracked wells in Denton, some only 200 feet from homes – said no.

And the voters who did so were majority Republican, and elected Republicans in the same election. Before Denton’s ban, King was for small government. Now he says citizens shouldn’t be able to decide how, when, where, or even if fracking happens in their cities.

TAKE ACTION: Tell Rep. King to respect democracy! Tell him principles are what you believe in, even when people disagree with you.