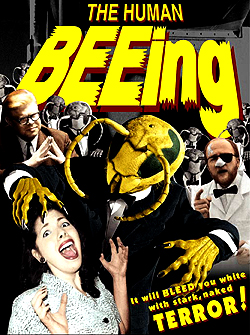 A new study from the University of Maryland shows that “the interaction of multiple pesticides is affecting bee health.”

The pollen was contaminated on average with nine different pesticides and fungicides though scientists discovered 21 agricultural chemicals in one sample.
[…]
“The pesticide issue in itself is much more complex than we have led to be believe,” he says. “It’s a lot more complicated than just one product, which means of course the solution does not lie in just banning one class of product.”
BEE APOCALYPSE NOW
Scientists discover what’s killing the bees and it’s worse than you thought
By Todd Woody @greenwombat July 24, 2013

Study: Co-exposures of two chemicals at safe levels doubles chances of cancer
For years now, state and private testing has shown many chemicals associated with drilling and fracking in the air in our communities. But regulators will take no action unless the levels are very high. See list of chemicals detected in one release in Argyle.