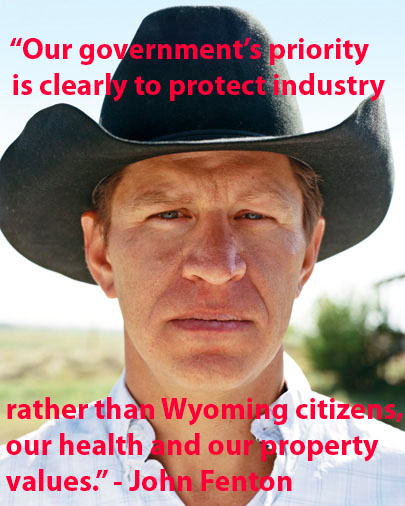 EPA said it stood behind its work and data, but it also said it would not finalize its study or seek peer review of its draft study, nor would it rely upon the conclusions in the draft report. Instead, the agency will provide support to Wyoming in a continuation of the investigation.
Bloomberg

Now Encana gets to be in charge of investigating itself.

This is the same thing that happened in the Parker County case. Political pressure caused the EPA to backdown in that case. When the EPA administrator stood behind the science in the Lipsky case, he received a love letter from Range.

The truth is held hostage again and water drinkers suffer.