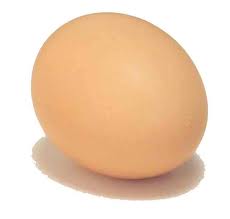 We have to drill here, drill now because

If you ever believed one of the first three, here is your egg. Apply it to your face.

Our water depleted and contaminated, our air fouled, our farmland spoiled not in the name of energy independence and national security but so the Big Gas Mafia can get higher profits. It’s not like we actually need water and farmland to grow food for our expanding population. Land, water scarcity threaten food security.

A real energy plan for national security and energy independence would look something like this: Make converting to wind and solar a priority. Save domestic hydrocarbons for uses that cannot yet be substituted with alternatives.

U.S. exports of gasoline, diesel and other oil-based fuels are soaring, putting the nation on track to be a net exporter of petroleum products in 2011 for the first time in 62 years.

A combination of booming demand from emerging markets and faltering domestic activity means the U.S. is exporting more fuel than it imports, upending the historical norm.

According to data released by the U.S. Energy Information Administration on Tuesday, the U.S. sent abroad 753.4 million barrels of everything from gasoline to jet fuel in the first nine months of this year, while it imported 689.4 million barrels.

That the U.S. is shipping out more fuel than it brings in is significant because the nation has for decades been a voracious energy consumer. It took in huge quantities of not only crude oil from the
Middle East but also refined fuels from Europe, Latin America and elsewhere to help run its factories and cars.

As recently as 2005, the U.S. imported nearly 900 million barrels more of petroleum products than it exported. Since then the deficit has been steadily shrinking until finally disappearing last fall, and
analysts say the country will not lose its “net exporter” tag anytime soon.

“It looks like a trend that could stay in place for the rest of the decade,” said Dave Ernsberger, global director of oil at Platts, which tracks energy markets. “The conventional wisdom is that U.S. is this giant black hole sucking in energy from around the world. This changes that dynamic.”

So long as the U.S. remains the world’s biggest net importer of crude oil, currently taking in nine million barrels per day, it isn’t likely to become energy independent anytime soon. Yet its growing presence as an overall exporter of fuels made from crude gives it greater influence in the global energy market.

If the trend toward net exports persists, it could also influence the national political debate over U.S. energy policy, which has been driven primarily by concerns about upheaval in the Middle East over the past decade. The independence of the U.S. from foreign oil sources has long been a lightning-rod issue in Washington, one further inflamed by last year’s oil spill in the Gulf of Mexico. Supporters of off-shore drilling have used the desire for independence to push their cause, setting up a battle with environmental groups and others who prefer a shift away from carbon-based fuels.

The growth in exports is part of a “transformation of the energy system,” says Ed Morse, global head of commodity research at Citigroup Inc. “It’s the beginning signs of a process that will continue for the
next decade and will point toward energy independence.”

U.S. exports of gasoline, diesel and other oil-based fuels are soaring. Above, natural gas is burned off near an oil pump jack in North Dakota in October.

The reversal raises the prospect of the U.S. becoming a major provider of various types of energy to the rest of the world, a status that was once virtually unthinkable. The U.S. already exports vast amounts of
coal, and companies such as Exxon Mobil Corp. are pursuing or exploring plans to liquefy newly abundant natural gas and send it overseas.

The shift is one of the clearest demonstrations of the diverging fates of the U.S. and emerging market economies. While the U.S. labors under stubbornly high unemployment and sluggish growth, emerging-market economies are growing strongly, bolstering demand for fuel.

U.S. customers have been pulling back in part because an anemic economic recovery has left millions still looking for work. In August, U.S. drivers burned 7.7% less gasoline than four years earlier, when gasoline usage peaked. Production of ethanol made from corn has also ramped up dramatically in recent years, cutting into the need for other fuels.

Now, “we’re not using as much,” said James Beck, an analyst at the EIA. “Prior to 2008, basically anything we produced, we used.”

But U.S. drivers aren’t seeing much benefit in the form of lower prices because refineries on the Gulf Coast are shipping much of their output to places where demand is strong, keeping prices high.

The U.S. was a net exporter of petroleum products in six of the first nine months this year, and the trend accelerated in the third quarter, with September data released Tuesday showing net exports of 919,000
barrels per day, more than any month this year. That indicates to observers that this year will be the U.S.’s first as a net exporter since 1949, when the U.S. economy was ramping up rapidly after World War II.

Mexico and Brazil were major consumers of U.S. exports, according to the September data, while the Netherlands—home to key European ports —and Singapore also were significant net importers.

Gasoline and low-sulfur diesel continued to be among the biggest lures for foreign customers, as was petroleum coke, which is used to make steel. Those are among the many products that are thrown off in the
process of refining crude oil.

The growing exports have made the U.S. a pivotal part of the supply chain. In 2006, the U.S. was a net importer of petroleum products from Brazil, but last year it sent a net 106,000 barrels a day.

Argentina and Peru are now net importers from the U.S. For the next year or two, “the economies in Latin America will be growing faster than in the U.S. and the trend of increasing exports should continue,” says Daniel Vizel, U.S. head of oil trading for Macquarie Group Ltd.

Singapore’s net imports from the U.S. roughly quadrupled in the past five years, while Mexico’s rose by about two-thirds. Mexico, in particular, is having trouble keeping pace with gasoline demand and buys about 60% of gasoline exports from the U.S.

The figures illustrate the impact of the significant increase in domestic production thanks to new sources of oil coming from North Dakota and Texas. North Dakota’s oil production of 424,000 barrels per day in July was up 86% over the same period in 2009.

Growing domestic output means refineries in the U.S. are making more fuel than the local market needs. That has given those on the U.S. Gulf Coast added incentive to look for customers abroad.

The U.S. could expand its export trade further next year. Motiva Enterprises LLC, a joint venture between Shell and Saudi Arabian Oil Co., is expected to finish work next year on a refinery expansion in Port Arthur, Texas, which would double the facility’s capacity and make it the largest in the U.S. Kinder Morgan Energy Partners LP and TransMontaigne Partners LP plan to build a $400 million terminal on the Houston ship channel.

For decades through World War II, the U.S. was a net exporter of petroleum products, with sales reaching a high of 126 million barrels in 1944. The country then became a net importer in 1950, and grew increasingly dependent on foreign supply in the 1960s. Net imports peaked just above a billion barrels in 1973, the year domestic oil prices spiked amid the Arab oil embargo. After falling off in the 1980s and 1990s, net imports spiked again in the middle of the last decade before tapering recently.

To be sure, the balance could shift back relatively quickly. If the U.S. economy were to rebound sharply, domestic need for fuels refined from crude oil could also shoot back up, which could increase crude import demand. In addition, U.S. refineries could lose customers if foreign economies falter, sending the U.S back to being a net importer.

“Unless there is a recession around the world, we’re going to be exporting for quite some time,” says Mike Loya, head of Americas for Swiss energy-trading firm Vitol Group, which moves more than five million barrels of crude oil and petroleum products every day.