First, I need to make something clear to you, dear readers: 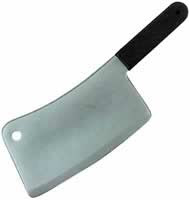 Not to get too political but… During the Bush/Cheney years, the EPA was emasculated and rendered ineffective. You can read an insider’s view in Clearing the Air: Why I quit Bush’s EPA.

It will take some time to make things right again at the agency but they have the most aggressive agenda that I’ve seen in my lifetime.

Dr. Al Armendariz, EPA Region VI Administrator, explained last night in DISH that EPA’s power must be “tethered to certain laws.” Those laws would be our federal environmental laws from which the oil and gas industry enjoys broad exemptions.

Dr. A. said that his agency “has decided to move aggressively to make sure oil and gas production is done safely.” Until the EPA can rewrite the rules and complete the necessary studies Dr. A offered this suggestion:

If you fee you aren’t getting the proper response from state agencies, “Loop EPA into complaints.”

I think the swimming pool water that drains uphill and the “normal settling bubbles” that ignite would be good candidates for this offer.

In answer to the ridiculous rant issued by Gene Powell to which I will not link, Armendariz that that he would not be surprised if industry in DISH had suddenly “cleaned up their act as a response to the permanent air monitor.”

You can read more about last night’s meeting in the Denton Record Chronicle.