“The agency is completely different than it was a year ago,” Armendariz told a crowd of about 250 area activists and political leaders, who broke into applause at the remark. 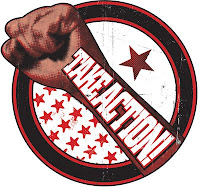 The EPA also is revamping its national enforcement priority list. Oil and gas operations are being considered among about 20 other possibilities, Armendariz said. While the public comment period has officially closed, he said that residents can still e-mail the EPA and let the agency know if they consider enforcement of oil and gas rules a priority.

Oil and gas activities must be added as a priority on the NEPA. I live in the Barnett Shale area and the operators are completely out of control here. State regulator conflicts have been well documented and were even highlighted in a Bill Moyers “Journal” report. The public has completely lost faith in our regulators.

People, especially in the rural areas where we have no protection at all, are being hurt everyday. These problems are not occurring only the the Barnett Shale but are widespread throughout the state.

The honor system for regulating toxic drilling substances has failed! It’s time for an intervention.