Together we Bargain, Divided we Beg

North Central Texas Communities Alliance is a broad-based coalition of individuals, organizations and communities throughout the Barnett Shale area working on local, state and national levels for positive solutions to the problems related to natural gas drilling and production.

Doors will open at 6:30pm for coffee, networking
and news interviews.
Meeting will begin at 7:00pm and end at 8:45pm 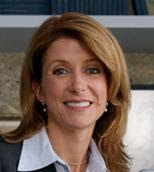 One of our featured speakers will be Senator Davis, who has historically been an advocate for responsible mineral exploration and production in the Barnett Shale. Because of recent evidence of harmful chemicals produced from gas drilling, she and other state elected officials have been calling for additional testing and controls with natural gas drilling and production, and has been a statewide leader for stronger controls, both local and statewide, governing natural gas pipelines. 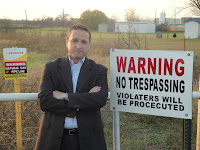 Mayor Tillman has been on the front lines of the battle to keep his town safe and clean from the effects of uncontrolled pipelines and gas drilling within the city limits of Dish Texas. Much of the time being the Lone Ranger in he battle to save some of his town. His views and unique experiences with these very important issues are a must to hear in his own words.

As the time honored saying goes, you can be a part of the solution or continue to be a part of the problem. Only by working together for the common good can we even begin to protect our communities from unwanted and/or unneeded industrial activities that continue to harm the air we breathe or the water needed to sustain our quality of life.

Please join with us to help protect our future and the continued safety of our families. Our goal is to Communicate, to Educate and to Mobilize north central Texas citizens into action when the need arises.