This is great news for the folks in Freestone County who have been suffering from poor air quality. Take note Wise County Commissioners!

On August 17th, 2009 the elected officials of Freestone County set a new precedent for other elected officials across Texas to follow. Under the leadership of Judge Linda Gray a motion was made by Commissioner Clyde Ridge Jr. and seconded by Commissioner Stanley Gregory to budget their own county funds to purchase an air monitor for the Freestone County. When Judge Gray called for the vote Commissioner Craig Oakes joined Ridge and Gregory to decide 3 to 1 with Luke Ward voting NO to pay for their own air monitor. To our best knowledge Freestone County is the first county government to ever voluntarily take on the responsibility of monitoring their own air at their cost.

The Freestone County elected officials have set now standards in positive government leadership. They are pioneers in the 21st Century with courage to be different from other Texas and US elected officials. Mr. Ridge, Mr. Gregory and Mr. Oakes could have remained silent but chose not to and for that we thank them. They could have also waited forever for a government hand out for their monitor and they did not. These are remarkable men and deserve everyone’s respect and the positions they now hold. Other governments should follow the precedent set in Freestone County, Texas; August 17, 2009 by these three men. The American people are looking for leaders and government they can trust now more than ever. 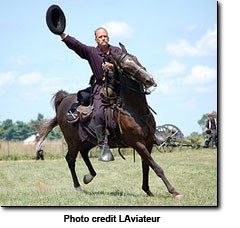