Q: Does drilling for oil and gas cause or trigger earthquakes?

A: Research carried out by UTIG scientists suggests that earthquakes in some parts of Texas may be induced by the pumping of fluids at oil and gas fields, or by the injection of fluids to dispose of chemical wastes. The earthquakes in the Fashing-Pleasanton area southeast of San Antonio are almost certainly caused by or triggered by pumping; such earthquakes also seem to occur in the Texas Panhandle near Snyder, Texas.

A: Earthquakes induced by human activity have been documented in a few locations in the United States, Japan, and Canada. The cause was injection of fluids into deep wells for waste disposal and secondary recovery of oil, and the use of reservoirs for water supplies. Most of these earthquakes were minor. The largest and most widely known resulted from fluid injection at the Rocky Mountain Arsenal near Denver, Colorado. In 1967, an earthquake of magnitude 5.5 followed a series of smaller earthquakes. Injection had been discontinued at the site in the previous year once the link between the fluid injection and the earlier series of earthquakes was established. (Nicholson, Craig and Wesson, R.L., 1990, Earthquake Hazard Associated with Deep Well Injection–A Report to the U.S. Environmental Protection Agency: U.S. Geological Survey Bulletin 1951, 74 p.) 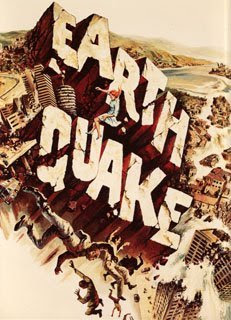