If you are alarmed by this, you might be a radical. 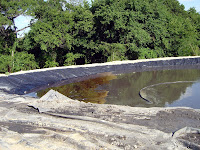 If you object to this, you might be a radical.

If you read this…

Poisoned Aquifer: Barnett Shale, fracing up our water.
“…He told me not to use it for anything-not for showering, cooking, feeding animals, not even for watering the grass.”

and are concerned, then you, too, might be a radical.

If you don’t want to live like a third world country, you could be a radical.

If you think this is wrong…you radical, you!

If this scares you…

If you don’t want water that burns…

If you want better than this–WAY BETTER… 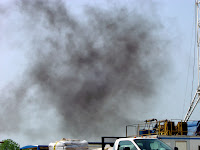 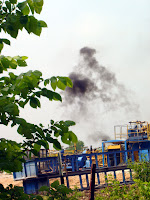 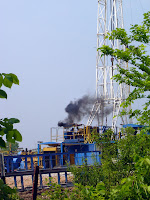 makes it hard to breathe,

And, don’t think you can care about Fort Worth if you live in another area because that will make you a radical.

I guess I’m a radical! How about you? Are you a radical too?

Are we all Spartacus?

This week, we read an email response posted on a radical anti-drilling website from Julie Wilson, Chesapeake’s Vice President of Corporate Development in Fort Worth. Wilson was responding to a smear campaign being mounted by radical opponents of urban drilling against Chesapeake over a proposed drill site in east Fort Worth. Wilson noted in her email that the company had “received many responses from residents” but went on to emphasize that “Many of them are not from Fort Worth residents – one was even from San Antonio — and most of them are inaccurate. Although we understand the concern of constituents in the immediate neighborhood, we want to make sure you and residents have correct information about our plans there.”

Again, while the residents of the immediate neighborhood have every right to protest and say their piece, we find it disturbing that outsiders who have no stake whatsoever and are often ill-informed somehow think that they have the right to influence public policy. These policies could result in the minerals owned by law-abiding citizens not being developed, in clear violation of the law of the State of Texas.

In these United States of America we are granted freedom of speech and freedom to assemble. However, in our opinion outsiders who have no legal stake in an area and often don’t have all the facts have no right to try to influence public policy that only impacts someone else. Not in My Backyard is everyone’s right. Not in Someone Else’s Backyard however, is absurd and cannot be tolerated.

NOT IN ANYONE’S BACKYARD!
P. S. I am not anti drilling. I am anti massive destruction of our environment and anti eminent domain. I want to see drilling done right.