This year, in addition to recognizing its Texan of the Year (which will come this Friday), the Texas Progressive Alliance elected to recognize a number of other Texans who have contributed to Texas politics and the Progressive cause during 2007. This week, leading up to the TOY announcement, we bring you our Texas Progressive Alliance Gold Stars (one each day through Thursday). Yesterday, we recognized Rick & Melissa Noriega. Our Silver Stars, announced last week, may be found here.] 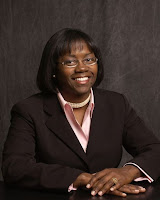 Denise Davis. Few stories this year enthralled the politically inclined among us this year like the ongoing turmoil in the Texas House of Representatives. From the Speaker’s race at the onset of the 80th Legislative Session to Rep. Pat Haggerty’s call for members who wanted to remove House Speaker Tom Craddick to take the keys to their voting machines and follow him out of the chamber at the end of the session, this year was a watershed moment in Texas political history. While there were many, many, elected officials who deserve (and, indeed, will receive) recognition and historical remembrance for the parts they played in the pageant of chaos that was the 80th Texas Legislature, one other individual–who happens not to be an elected official–also deserves to be recognized for the role she played in the unprecedented drama. Denise Davis, the former Parliamentarian of the Texas House of Representatives was never an uncontroversial figure. Throughout her tenure–which lasted for nearly three sessions–some Democrats privately criticized Davis for some of her rulings and believed her to be an unrepentant loyalist to House Speaker Tom Craddick. That changed near midnight on May 25, 2007 when Denise Davis walked out of the Parliamentarian’s Office and into the pages of history. Around 9 .m. that night, after House Democratic Leader Jim Dunnam attempted to get Craddick to recognize a motion to vacate the chair, Craddick walked off the dais and left the House in utter chaos, ‘adjourned’ until 11 p.m. What happened in the interim to some degree remains a blur, although one thing is clear: Parliamentarian Denise Davis (and her deputy, Chris Griesel) resigned, and House Speaker Tom Craddick appointed two enforcer-thugs to take their place. Denise Davis departed House Speaker Tom Craddick’s service that night rather than legitimize his dictator-like hold over the Texas House. It is a move that took courage, because the full weight of Craddick’s office–in attempts to keep her quiet about what happened in those last days–came down upon her and demanded she say nothing about her tenure publicly. While Davis, for her own reasons, has not spoken about what happened in those last days and hours of her tenure, one thing is sure: when the history of the 80th Legislature is written, amidst the legislators who will occupy the pages of the texts that tell this story, there will be one other person whose part will be recognized, and that person will be Denise Davis–for her courage.