From the Denton Record Chronicle:

This is no big surprise to me. I’ve blogged about Wise County’s white supremacists before:

At first I wondered if it could possibly be true:
Is this white supremacy?

Then my suspicions were confirmed:
Republicans busted for blatant racism. Worse than Allen! 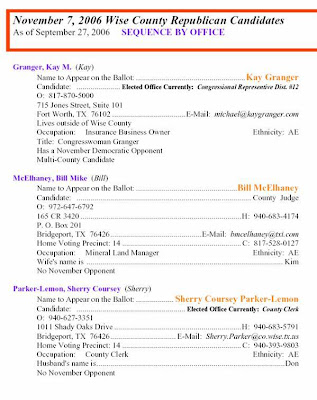 Some of the local racists tried to turn it around and accuse me of being the racist:

People who tried to comment on this blog with the truth or a different view were censored. The made up story in this blog was completely false and the Wise County Democratic Party chairwoman was even in with the racists. What can you expect from a county where people fight to hang the confederate flag in the courthouse?

Edit: Racism makes me heart sick. I’m thankful Trooper Cooper is out there doing his job.