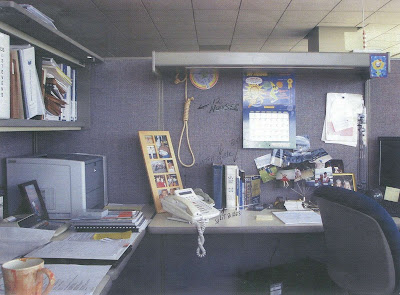 Dang! The dumb racist bigot manager who had that hangman’s noose hanging in his office claims that he thought the hangman’s noose was a necktie. He says it was in a bunch of “neckties” he received as a gift. Does CPS Energy screen their employees before hiring?

Dr. Howard Anderson of the NAACP said, “One would have to have been born early this morning to not recognize that a hangman’s noose is racially offensive in America.”

What a coincidence that this “necktie” just happens to be a very special kind of necktie:

“The hangman’s noose has got 12 knots on it,” said union representative Ralph Merriweather. “12 knots by the Ku Klux Klan indicated it took 12 knots to hang a black man, to break his neck to kill him.”

I can’t believe this guy hasn’t been fired and neither can David Van Os.

“The manager who’s had that hangman’s noose in his office, should no longer be working for CPS Energy,” added lawyer David Van Os.”

The CPS Energy administrator said the first complaint about the noose came in last week. She added all managers are going through ethics and sensitivity training, including the man who displayed the noose.