HINT: It’s not just the Texas part. We are both dealing with Barnett Shale Drilling and all the abuses that brings but it’s also the conflict of interest and good old boy politics.

Fort Worth Mayor, Mike Moncrief, says the $620,000 +/- that he received from oil and gas royalties, part of that from Chesapeake, creates no conflict of interest for him. He says he will never compromise his public trust. Meanwhile, oil and gas companies ravage Fort Worth. 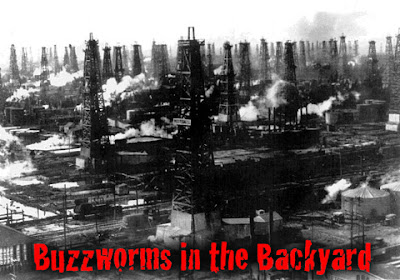 That reminds me of the good oil boy, Wise County politics some of which brought us 27 injection wells with three more permitted. What kind of folly is this when there have already been injection well failures in Wise County?

Rusty Middleton reported on a 2005 Wise County injection well failure in his article What Lies Beneath.

In 2005, near Chico, about 20 miles from Carson’s home, fluids from a commercial injection well came bubbling to the surface in other wells nearby. “We were afraid something like this might happen,” says Chico Mayor James Robinson. Previously, city officials had written letters and gone to Railroad Commission meetings to plead for stronger regulations and monitoring to protect their water wells.

“You all need to be looking at this,” Chico Director of Public Works Ed Cowley told the Railroad Commission staff during one of the meetings. “They said it would never happen, and it happened twice.”

Injection fluids came up from two abandoned wells and from one active oil well. All three were more than a quarter mile away from the source injection well. Residents in the area were also worried about their water wells and contaminated ground water. In spite of family and financial connections to the local oil and gas industry, many residents signed a petition expressing opposition and concern about the well. One Chico area resident says he has seen a long line of trees die near the injection well “just a couple of months after they started dumping.” And near Boyd, not far from Chico, many residents complain of too much salt and the rotten-egg smell of hydrogen sulfide, a byproduct of oil and gas production, in their well water. There are reports of people actually touching a match to their running faucet and lighting their water on fire.

After the problems in Chico were discovered and reported, the Railroad Commission ordered the injection well owner to seal the leaks and reduce the pressure at which waste fluids were forced underground.

There is nothing like learning the hard way. On its way to the surface that toxic waste had to travel through the freshwater tables.

One of the Wise County recently permitted injection wells will be operated by Basic Energy, the very same Basic Energy that is responsible for ruining the only water source for Panola County residents. Their water is so polluted that it burns their skin if they bathe in it and that East Texas Community Remains Without Water. 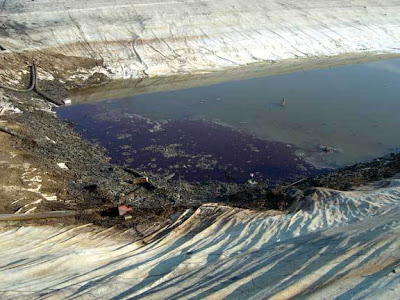 Some in Wise County don’t like this kind of conflict of interest but it’s hard to fight it because it happens at every level here. When a school board trustee uses the school’s tractor to mow his pasture and no one sees anything wrong with that, even when the tractor breaks on his property and the tax payers pay to have it fixed, you’re starting from way behind the curve in the fight. I would expect much better from Fort Worth.