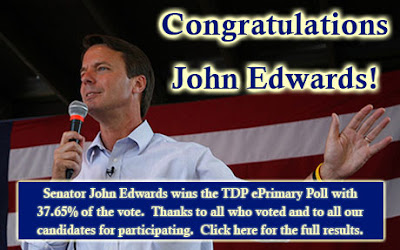 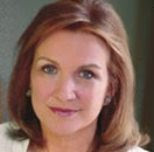 Texas Democratic Party Chair Boyd Richie was joined by Elizabeth Edwards this afternoon to discuss the results of the TDP’s recent ePrimary Poll, which Senator John Edwards won with over 37% of the vote.

The ePrimary Poll was a weeklong online event that gave Texas Democrats an opportunity to make their voices heard in the presidential nomination process and express support for their favorite Democratic candidate. Participation in the ePrimary Poll was open to all Texas Democrats who want to provide input as the Party chooses a presidential nominee.

We’ll have more information and photos after the event concludes!