Devon just wants to help, that’s all. No! Really. 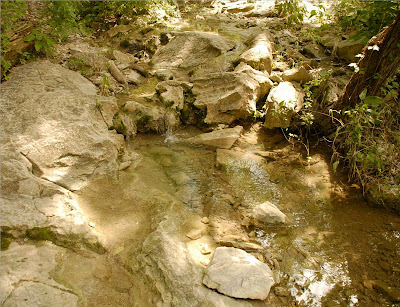 But just wait until you hear who applied for the job!

The Upper Trinity Groundwater Conservation District, which includes Montague, Wise, Parker and Hood counties was approved last year by Texas Commission on Environmental Quality (TCEQ) and will be on November’s ballot for an up or down vote. Jones and Malone, along with two representatives from each of the other counties will be responsible for calling the election and if voters approve the GCD the temporary directors will call an election for permanent representatives.

According to the Weatherford Democrat the language on the ballot will be as follows:

“The creation of a non-taxing, locally controlled groundwater conservation district to be known as the Upper Trinity Groundwater Conservation District, in lieu and instead of anticipated action by the Texas Commission on Environmental Quality to otherwise establish a conservation and reclamation district within the same or a larger area.”

It is very important that this GCD pass or these counties could be lumped in with a larger group that includes much larger counties. The larger counties would have more influence over our water. Because we have experienced severe drought conditions the past several years and Barnett Shale drilling is using billions of gallons of water, the formation of this GCD is critical to protect our water.

The largest producer in the Barnett Shale area is Devon Energy which would make them the biggest user and polluter of our water. Could that be the reason that Jay Ewing, completion and construction supervisor for Devon Energy, was one of the 10 applicants who applied for the position of temporary director of The Upper Trinity Groundwater Conservation District,? Devon is just trying to be helpful.

WTF kind of idiots do they think we are?

Allowing Devon an appointment as a director for our GCD would be the equivalent to appointing Osama Bin Laden as director of Homeland Security!

On the flyer below, (click to enlarge) I made an educated guess as to the amount of water used in drilling in Wise County. 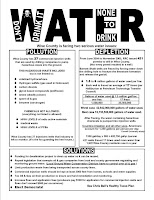 Devon claimed that my figures were all wrong and that they weren’t using nearly that much water because they only frac the wells one time each. I LIVE HERE! I see those wells every day and I drive by wells every day so I knew that was a lie. I know when the fracing is happening. However, recently I spoke with an oil field worker and he just happened to tell the truth about the frequency of fracing.

I expect the Wise County Commissioners to select people who are motivated to protect our water. However, since this is Wise County, maybe I should cross myself and throw salt on the computer.