So, what was this abominable photoshopped image, the one that was supposed to “bury” Daily Kos by the mere fact that some commenter once put it on the site? Well, here it is, but I warn you, it is very graphic and mean and abominable and it causes puppies to cry, so we don’t dare post it. 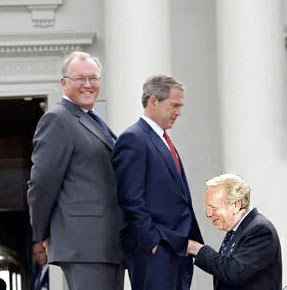 As Kos points out, Mr O’Reilly is such a class act that we should all follow his example of “Family Values.”

Be sure to call up the women in the office and say this:

You would basically be in the shower and then I would come in and I’d join you and you would have your back to me and I would take that little loofa thing and kinda’ soap up your back … rub it all over you, get you to relax, hot water …. and um … you know, you’d feel the tension drain out of you and uh you still would be with your back to me then I would kinda’ put my arm — it’s one of those mitts those loofa mitts you know, so I got my hands in it … and I would put it around front, kinda’ rub your tummy a little bit with it, and then with my other hand I would start to massage your boobs, get your nipples really hard … ‘cuz I like that and you have really spectacular boobs….

So anyway I’d be rubbing your big boobs and getting your nipples really hard, kinda’ kissing your neck from behind … and then I would take the other hand with the falafel (sic) thing and I’d put it on your pussy but you’d have to do it really light, just kind of a tease business…

You can read the whole testimony here: O’Reilly Hit With Sex Harass Suit

As far taking Daily Kos down? Bring it, Billo!