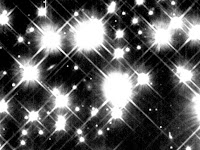 “Because earlier Hubble observations show that the first stars formed less than 1 billion years after the universe’s birth in the big bang, finding the oldest stars puts astronomers well within arm’s reach of calculating the absolute age of the universe.”