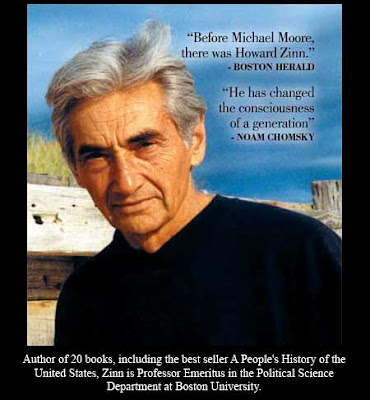 “I’m worried that students will take their obedient place in society and look to become successful cogs in the wheel – let the wheel spin them around as it wants without taking a look at what they’re doing. I’m concerned that students not become passive acceptors of the official doctrine that’s handed down to them from the White House, the media, textbooks, teachers and preachers.”

“I suggest that if you know history, then you might not be so easily fooled by the government when it tells you you must go to war for this or that reason -that history is a protective armor against being misled.”

History Texts:
The Story of the World Series
These are some of my son’s favorite books. For young and old alike.

A People’s History of the United States

Lies My Teacher Told Me