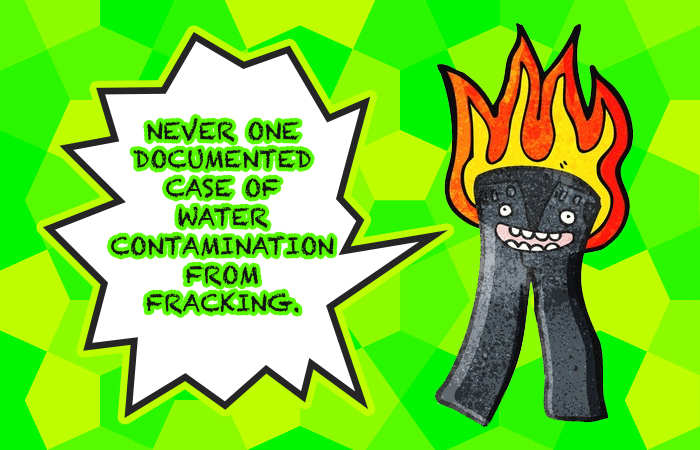 Representative Phil King wrote a letter to the FW Weekly in response to their article “Home Rule Under Fire.” I’m pretty sure he was talking about me in his letter. Among all the misrepresentations about fracking he made some about me. Phil King received $41,501 in bribe money this session from the industry.

Across the country there is an ALEC sponsored war on local democracy. And Phil King, “who currently holds the highest position in ALEC as the group’s national chair,” is at the heart of it all.

This is my response to Phil King.

I met with you a few weeks ago in your Austin office with a group of concerned citizens. At that time, you remarked that you knew all about me. Despite that remark, I have explained my story to you more than once. Here it is again in the hopes that you will stop misrepresenting who I am and my role in trying to help people in Texas who are suffering impacts from fracking activities, including your own constituents.

I am a 5th generation Texan. I am a mother and a gun owner who can ride, rope and who is a damn good shot. I love the land and I love my state.

In 1996, I moved to 42 acres in Wise County. In 2002, I wrote operators asking them to drill on my land. But, as drilling expanded all around me, I saw the impacts firsthand. My water turned black and my air turned brown. When the impacts were unbearable, I moved to Denton.

Just as I was moving in, Range Resources decided to drill 5 wells across the street from a park, neighborhood, and hospital. I think any reasonable person would agree with us that a major industrial mining activity 200′ from residents and parks is not a good idea. I started working on a volunteer basis with Cathy McMullen and a few other moms to get a more protective ordinance.

We worked for over 5 years to try and get a more protective ordinance. The city sent us to the state were we pleaded for help from elected officials including you, Mr. King. We were told by the state to solve the problems at the local level.

When an operator tried to drill multiple wells 200′ and less from a neighborhood, the city tried to file an injunction but was unsuccessful in stopping that drilling. Children got off the school bus with big trucks zooming through the neighborhood and drilling rigs belching fumes. ONLY THEN, after every other avenue failed us for over 5 years, did the residents in Denton decide to ban fracking.

Do you hear me, Mr. King? YOU FAILED US. Texans are not going to lie down and let the industry run over us.

In May of 2011, Earthworks hired me to work in Texas. That’s when I went from a volunteer to a paid position.

You have continued to misrepresent my position and involvement in helping people in Texas although you know the truth.

I do understand the Texas way of life, Mr. King. I know that everything is bigger in Texas and now, thanks to you, Mr. Phil King, that also applies to our government.