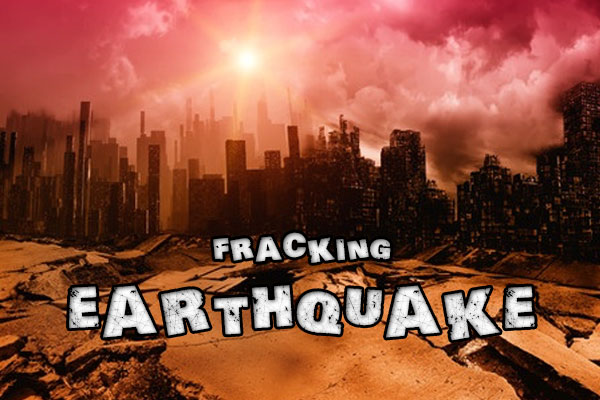 Irving residents were jolted awake this morning with a M3.1 fracking earthquake. My inbox is already full.

I do have stress cracks in my ceiling, doors that are really hard to open n shut, floors at an angle, sheet rock cracks in garage, driveway has cracked and dropped about 3″. My house is 8 yes old. It now looks and acts like a 30 yr old home.

This morning should be a good motivator for those who hesitate to get on a bus headed to Austin at 6:30 am Monday, March 2nd. If our lawmakers have their way, there will be no local control of the fracking activities that are the likely cause of fracking earthquakes. That means Irving’s ordinance that prohibits injection wells will be overturned. So, people, GO WITH US! If you don’t want to get on the bus, take your car.

So far, five bills have been filled this session that could take away a city’s right to pass rules to protect the public.

Yesterday a new study was released that found injection responsible for a M5.3 earthquake. Here is the abstract:

We investigate the ongoing seismicity in the Raton Basin and find that the deep injection of wastewater from the coal‐bed methane field is responsible for inducing the majority of the seismicity since 2001. Many lines of evidence indicate that this earthquake sequence was induced by wastewater injection. First, there was a marked increase in seismicity shortly after major fluid injection began in the Raton Basin in 1999. From 1972 through July 2001, there was one M≥4 earthquake in the Raton Basin, whereas 12 occurred between August 2001 and 2013. The statistical likelihood that such a rate change would occur if earthquakes behaved randomly in time is 3.0%. Moreover, this rate change is limited to the area of industrial activity. Earthquake rates remain low in the surrounding area. Second, the vast majority of the seismicity is within 5 km of active disposal wells and is shallow, ranging between 2 and 8 km depth. The two most carefully studied earthquake sequences in 2001 and 2011 have earthquakes within 2 km of high‐volume, high‐injection‐rate wells. Third, injection wells in the area are commonly very high volume and high rate. Two wells adjacent to the August 2011 M 5.3 earthquake injected about 4.9 million cubic meters of wastewater before the earthquake, more than seven times the amount injected at the Rocky Mountain Arsenal well that caused damaging earthquakes near Denver, Colorado, in the 1960s. The August 2011 M 5.3 event is the second‐largest earthquake to date for which there is clear evidence that the earthquake sequence was induced by fluid injection.

No one knows the maximum magnitude of a fracking earthquake. So far, the quakes in North Texas have been under M4 but that’s not the case for other parts of Texas. There are no guarantees when you are fracking with Mother Nature.