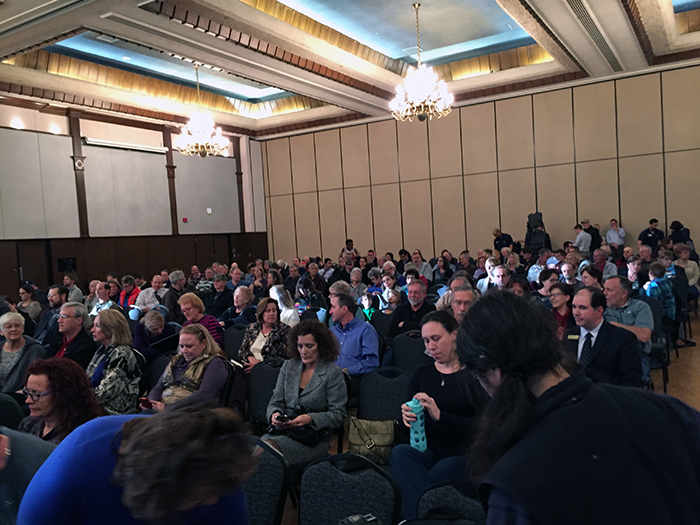 I spent several days in Oklahoma where I attended an earthquake town hall meeting, an earthquake hearing and did some sightseeing. Earthquakes caused by fracking activities are also called frackquakes, which causes the industry heartburn. I will swap out the two terms in this post.

This picture shows an Oklahoma energy source that does not cause frackquakes. Wind energy is not without impacts but those are minor by comparison to fracking. While I hate that any birds are killed by industry, the fossil fuel industry kills far more birds than wind energy. Some people complain of vibrations and noise and some hate the way they look. I could sit on the porch and watch them for hours. 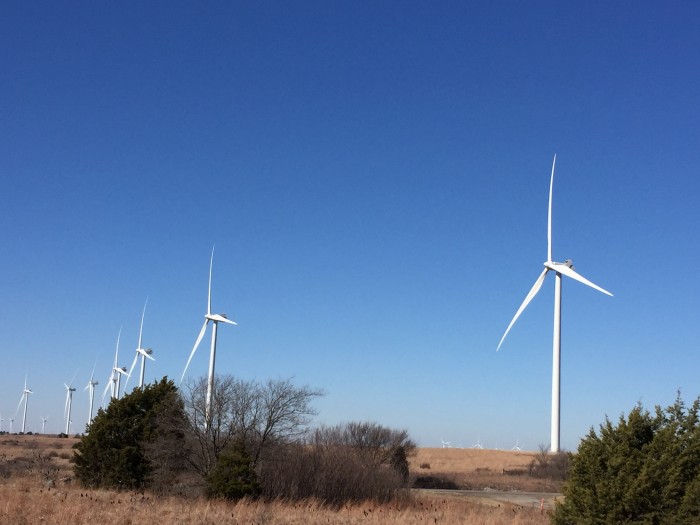 Oklahoma Representative Lewis Moore held a town hall meeting in Edmond on Thursday. That was brave considering he voted for the Oklahoma fracking ban ban bill, SB 809, a vote for which he took some heat during the meeting.

According to media reports, attendance at the town hall was more than 300 (see video) and was standing room only (See video in which Moore uses the unfortunate analogy of using a sledge hammer on a thumb tack.)

There were several attorneys present and people lined up to speak with them. Scott Pointer has a website: stopthequakes.com and has filed several lawsuits. He has an expert who can determine if damage was caused by earthquakes. Mark Wilson, markwilsonlaw.com, will analyze your insurance for free to determine if you have earthquake coverage and help you if your insurance has denied coverage.

There was a builder present who spoke about updating the building codes which would not help anyone in the room on Thursday night.

There was an insurance representative who spoke about coverage but someone in the audience noted that the speaker’s company had only paid one earthquake damage claim.

Representative Richard Morrissette said the legislature meets starting February 1st. “We can do something quickly” he said. He went on to say that by February 6th the lawmakers could sign a bill into law placing a moratorium on injecting wastewater in Oklahoma.

Buildings in Oklahoma and Texas are built to withstand wind not earthquakes. Many people talked about fears their homes would fall in on them, that their children’s schools would fall in and that hospitals wouldn’t withstand the catastrophic frackquake geologists are predicting if injection continues.

Several parents said children are so fearful they now sleep with their parents.

Residents called for a rapid conversion to wind and solar energy.

I tweeted two statements that illustrate how angry these Okies are:

“#frackquakes are an issue that will turn a red state blue.” Speaker at town hall #fracking broke Oklahoma

Representative Richard Morrissette held an all day hearing at the state capital building on Friday. You can listen to a recording of the live stream.

Morrissette said the solution must be science and community based.

Dr. Todd Halihan ,Hydro geophysicist, OSU, started the hearing off with an informative, straight-talk presentation. His presentation starts about at about 12 minutes and I recommend listening. Here are some of my notes:

The insurance commissioner spoke but I have only a few notes on that. If you have questions, call 1-800-522-0071. They are monitoring complaints against insurance companies.

People are concerned about explosions if earthquakes loosen gas pipes under their homes. The insurance commissioner said these explosions are covered by homeowners’ insurance. Maybe it’s just me but I don’t know how much comfort that brings into the house exploding conversation.

Oklahoma resident asked why homeowners should pay for insurance. “Why can’t those responsible pay?” Applause erupts. Several repeated different versions of this question.

Too many problems with insurance to list them all.

How many children now sleep with you because they are scared? Nearly all hands raised. Oklahoma #earthquake hearing #okquake #fracking

There are several of these all over Cushing, Oklahoma, the largest commercial oil storage facility in America. 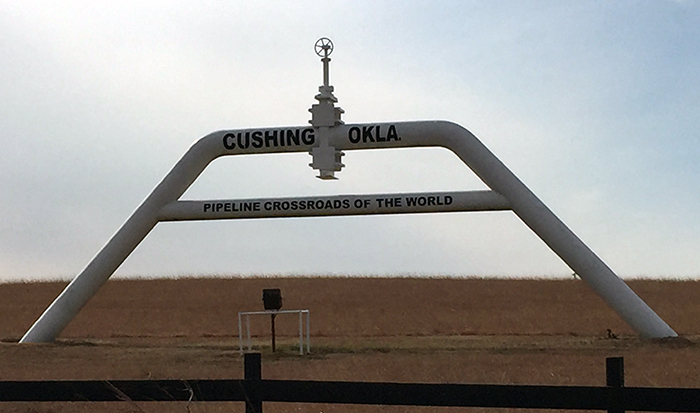 The Cushing Middle School is in serious need of some updates. Where are industry’s investment in the community? Cushing needs more than pipeline sign art. 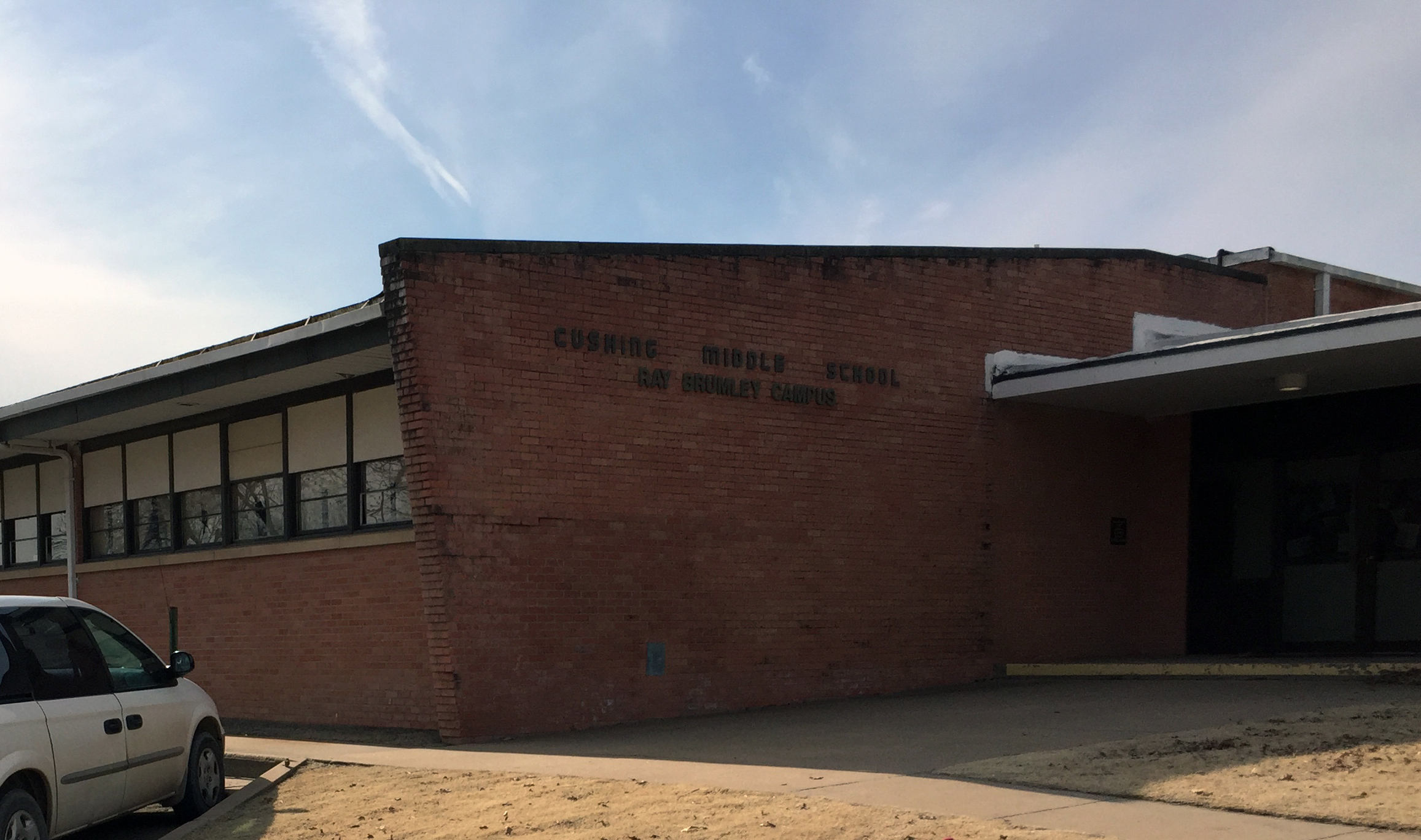 The Cushing storage tanks and pipelines span many miles. I have pictures but a map better depicts the size. 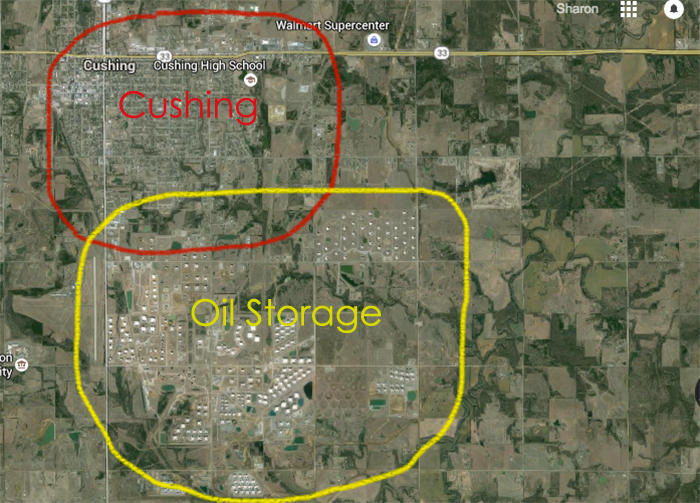 On October 10, 2015, there was a M4.5 earthquake in Cushing. News said there was no major damage but this building came down and many others were damaged. 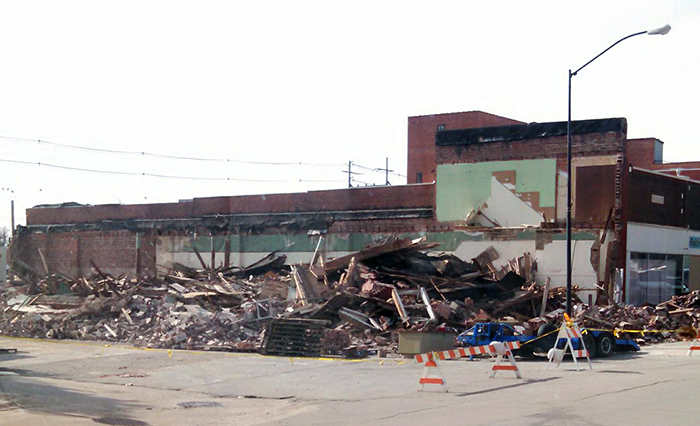 Now the massive oil stockpile faces an emerging threat: earthquakes. In the past month, a flurry of quakes have hit within a few miles of Cushing, rattling the town and its massive tanks. According to the Oklahoma Geological Survey, more than a dozen quakes have registered 3.0 or higher on the Richter scale within a few miles of Cushing since mid-September. The biggest, registering at 4.5, hit about three miles away on Oct. 10.

The Canadian company, Enbridge, checked the tanks after the October 10th earthquake but has not updated it’s emergency or disaster plans.

In an interview with Independent, Dr. Riki Ott, who has seen many oil related disasters, had this to say:

“It has all of the ingredients for a major disaster. Government and industry officials are misleading the public and hardly anyone knows about it.”

“I see the same lack of understanding of risk and the same official denial of reality as I did before the Exxon Valdez. I have seen all of the signs that there is a major event coming to Cushing and nobody is ready for it.”

In addition to the above ground storage tanks, Cushing is the convergence of some large pipelines. 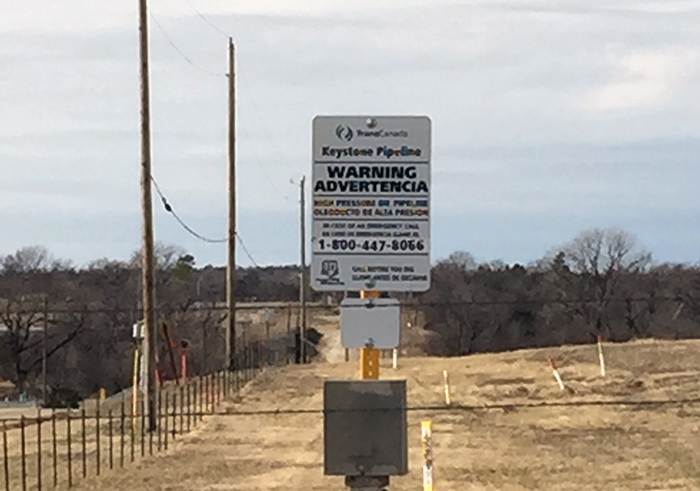 There are no good solutions for fracking wastewater

A moratorium on injection will not solve the problem of what to do with the wastewater. The current wells will continue to produce wastewater that will need to go someplace. Please see The Fracking Big Gulp for some hard to swallow information on alternatives to injection.

The best solution is to step away from fossil fuels as quickly as possible.