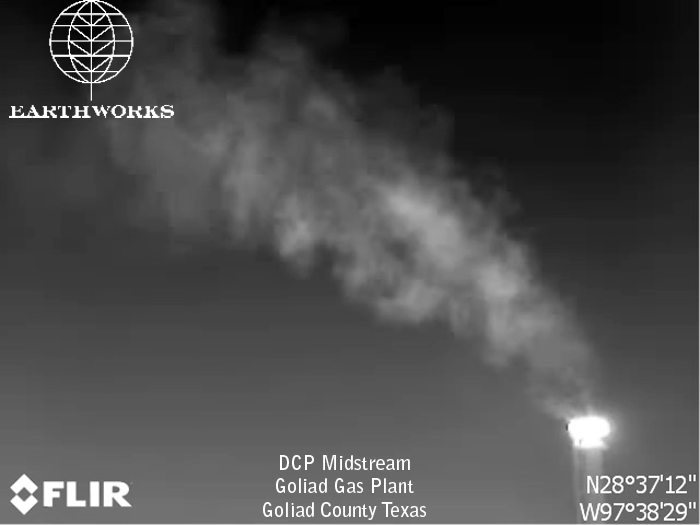 ICYMI: I was in the Eagle Ford Shale most of August. The first 11 days, I visited some oil and gas facilities and recorded, with Earthworks’ FLIR camera, huge, uncontrolled methane and volatile organic compound releases that continued over several days. This is part of Earthworks’ Citizens Empowerment Project.

Two weeks later, I went back and visited the same facilities. The huge, releases continued.

I’ve been to almost every shale producing state with the FLIR camera and everywhere I go it’s the same story: uncontrolled methane leaks, venting and upsets. But nowhere comes close to Texas in the amount of methane blasting from oil and gas facilities. Texas proves EPA methane rules needed.

More information about this celebrity injection well is HERE. It continues to give a consistent performance.

Another facility that never fails to preform, just ask the cows.

This facility is right in town and impacts a rehab center.

This is a new site that was being fracked when we were in Karnes during the first trip. Since then there have been many complaints from the neighbors. Now look what it’s doing.

First the flare was smoking up the whole countryside. A neighbor sent me this picture. 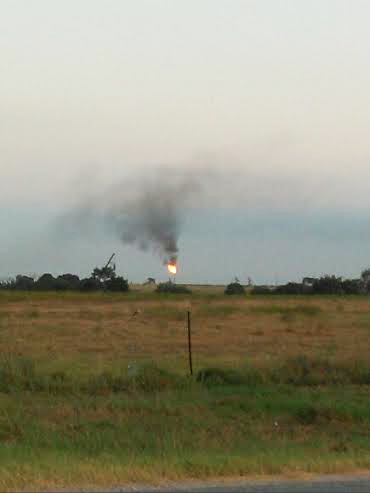 By the time I got back to the area, the flare had gone out and Marathon was letting methane vent through the unlit flare.

These videos were taken in a fairly small grid in Karnes County where I’ve been documenting releases for several years. The shale plays are immense in Texas so this glimpse shows only a tiny fraction of the damage to health and our climate due to fracking for shale oil and gas.