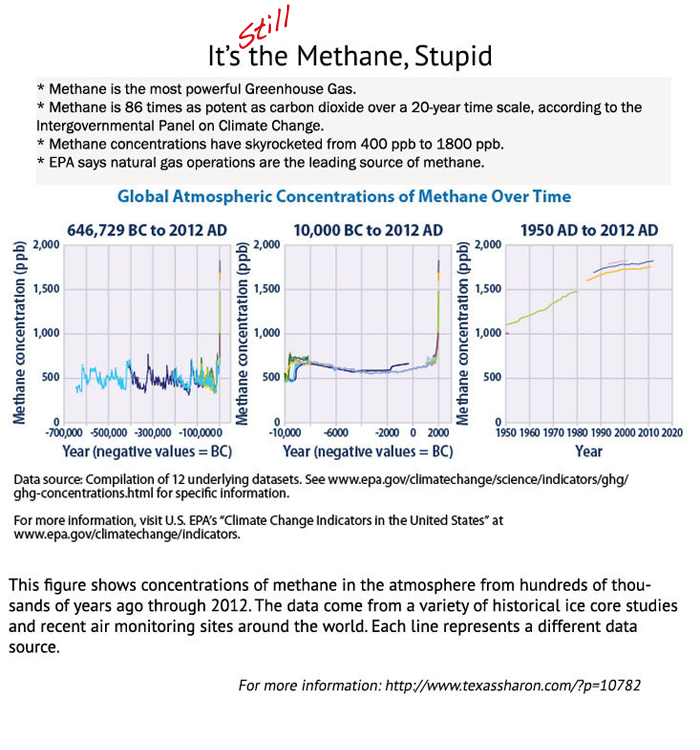 Methane blasting into the air while crude oil covers Santa Barbara coastline. This disgusts me.

In Karnes County, 15 to 20 homes were evacuated due to what was, at first, thought to be a deadly hydrogen sulfide leak. But as one report put it, “it’s just a natural gas leak.” Watch this video and see if that looks like a leak. I think it’s called a blowout and they are bringing in a special crew to get control of the well.

Natural gas is methane, which is a powerful greenhouse gas. When considered on a twenty-year time frame, methane is 86 times more powerful than CO2 in warming potential. This methane will remain in our atmosphere for over 100 years warming our planet.

A 24-inch pipeline spilled an estimated 2,000 BARRELS PER MINUTE before it was shut down.

The Coast Guard said an initial estimate of 21,000 gallons spilled may not be accurate.

There are better solutions to energize our lives. The majority of Americans want renewable energy but our politicians can’t hear us because their ears are stuffed with oily money. The fracking industry owns America.