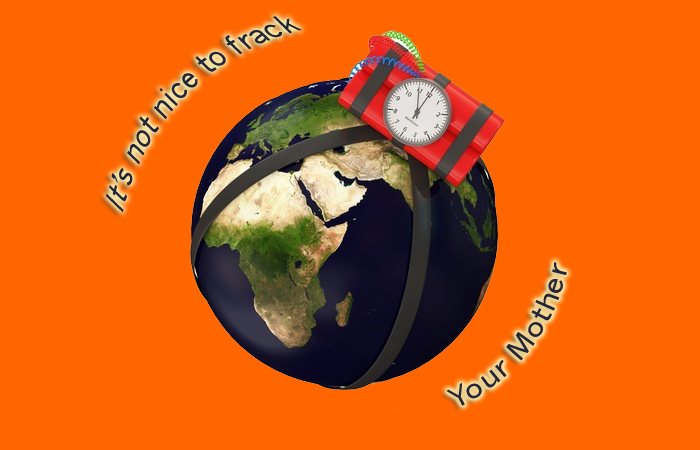 It’s not a good idea to frack your mother. Unpleasant consequences could follow.

Industry and their PR guys say it’s not fracking but the disposal of the waste from fracking that causes the earthquakes. Gun nuts say it’s not the guns that kill people, it’s the bullets. Ahm, frackquakes!

This evening there was a M4.0 frackquake in Venus and Mansfield. Event Page . That follows the SMU seicntist’s statement Monday at the frackquake hearing that frackquakes in this area are trending up in magnitude.

It’s a 4-hour hearing but well worth the time, especially to see how Phil King is disrespectful toward his constituents. But they keep reelecting him so I guess they like it.

M4.0 is the magic number at which even the naysayers admit that structural damage can occur.

Denmark learned this the hard way and the frackers may not get to resume fracking there.

Denmark has suspended the first exploratory drilling for shale gas which lasted only one day after it discovered that French gas-giant Total, in charge of the project, had used “unauthorized” chemicals. RT

The United States can’t seem to figure it out.

The six tank cars that exploded into flames were a model slated to be phased out or retrofitted by 2020 under a federal rule announced last week.

It’s the fifth fiery accident since February involving that type of tank car, and industry critics responded to the latest with calls for them to be taken off the tracks immediately to prevent further fires. ABC News

A Denton gas wells exploded tonight when struck with lightning. Photo from resident that was uploaded to DFW Scanner. From the location, it could be one of Range Resources’ wells at/near the airport. I have lots of blog posts about lightning striking wells. 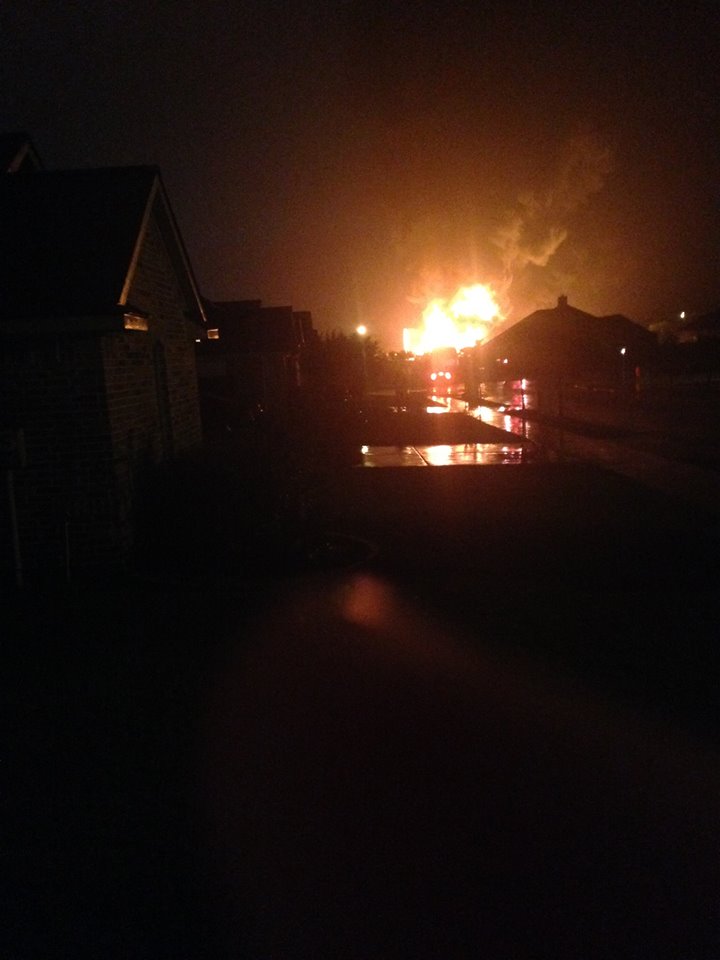 Updates on the lightning strike HERE.

Sharon Wilson – Ft. Worth, Texas from Oceans 8 Films on Vimeo.