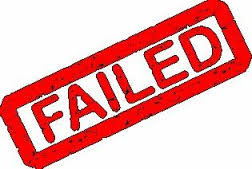 Range Resources’ case against Lipsky is the “poster child for what SLAPP is.” And what did Lipsky do to deserve the wrath of Range? He called the EPA. But, he only called the EPA after the Texas Railroad Commission failed to take action for months (see timeline).

After the Texas Railroad Commission declared that Range Resources did not contaminate Steve Lipsky’s well, Range filed a ridiculous $3 million countersuit against the Lipskys and the scientist they hired to test their water.

Highest Court to Weigh in on a Dispute Over Water
By JIM MALEWITZSEPT. 4, 2014 for NY Times.

The $3 million suit accuses the three of conspiring to “defame and disparage” Range Resources and force federal regulators to intervene.

Then Range tried to drag me into the suit. Even after receiving my discovery that showed I had no involvement with the Lipskys prior to the EPA stepping in, they still made me go to a court hearing and sit through a really stupid, 6-hour deposition (See: Fun with depositions Part One and Part Two). They harassed me and tried to bully me hoping to shut me up. But, like their cement casings, they failed.

Now Range wants to shut up all Texans. Obviously, they have a great deal of political power and the Texas Supreme Court has a long history of ruling in favor of business. This should be interesting so I hope to go watch the arguments. Maybe I’ll get to see David again.