In December, the Dallas City Planning Commission denied 3 permits for wells in a Dallas park that is also in the flood plane. For some wiggly reasons, they decided to resurrect these permits for consideration. I think it might be because a super majority vote by city council is required if CPC denies. Or it might have something to do with the mayor’s statement that a deal was made long ago. Whatever the reason, it stinks.

In the meantime, tenacious citizens learned there is a lot more at stake than wells. They want to put a big compressor station that does gas processing at one of these sites.

I blog about this HERE and HERE.

The CPC denied public comments at the meeting. That reminded one Dallas resident of this movie clip.

The Dallas ants decided to march all together.

Some news coverage, videos and photos.

Best description of what happened:
Chaos as Plan Commission Votes to Give Trinity River Floodplain Fracking Another Look
By Brantley Hargrove Thu., Jan. 10 2013 at

We paused protesting for a quick photo op. I can’t believe I get paid for this. 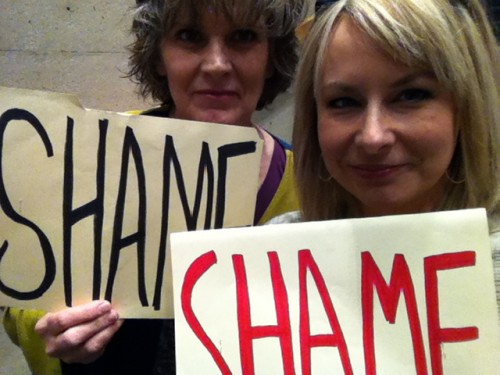 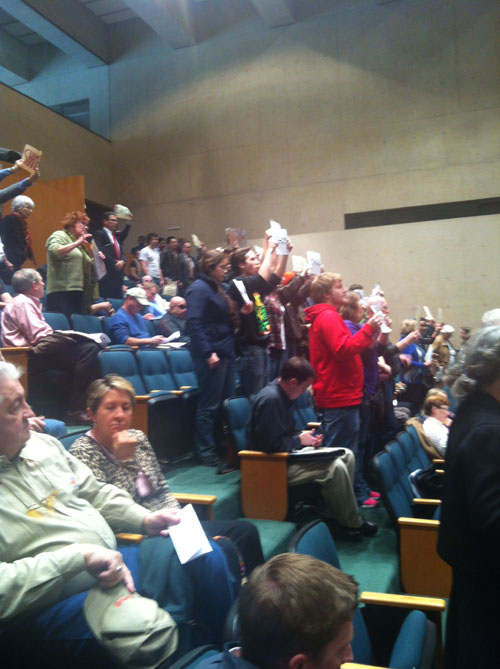 Refusing to be muzzles, the citizens took public comments before the meeting.